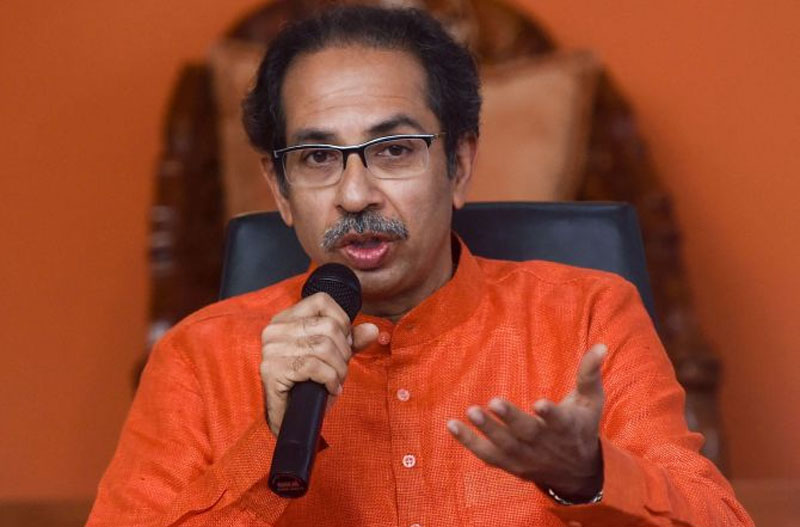 Mumbai, November 30: The Uddhav Thackeray-led Maha Vikas Aghadi government of the Shiv Sena-NCP-Congress alliance passed the floor test in the Maharashtra Assembly on Saturday.
The BJP, with 105 MLAs, staged a walkout before head count of members began in the 288-member House.
The boycott, it said, was against the “unlawful manner” in which the ministers were sworn in and the House session convened.
Altogether 169 MLAs vote in favour of the motion of confidence, moved by former CM Ashok Chavan and seconded by senior NCP and Sena members.
Pro tem Speaker Dilip Walse Patil informed the House that four MLAs abstained during the vote.
They include two from the All India Majlis-e-Ittehadul Muslimeen (AIMIM), one from CPI(M) and a member of the MNS, led by Uddhav’s estranged cousin Raj Thackeray.
Claiming that the business transacted in the Assembly ahead of the floor test was in violation of Constitutional norms, the BJP staged a walkout, adding it will raise the issue before Governor B S Koshyari.
BJP legislature unit leader Devendra Fadnavis objected to replacement of party MLA Kalidas Kolambkar as the pro tem speaker with NCP’s Dilip Walse Patil. Such a replacement has happened for the first time in the history of India as the Shiv Sena-NCP-Congress alliance was scared of losing the floor test, he said in the House.
“Business is being transacted in the House in violation of the Constitution. The session itself is not in line with the rules,” Fadnavis told reporters after BJP members staged the walkout.
“Since national anthem was played out after the last session, this means it ended sine die,” Fadnavis said.
A summons was required to be issued through the governor to convene a new session but that was not the case, Fadnavis said.
He also claimed that the oath-taking ceremony of Thackeray and six other ministers was also not in line with the rules.
“Someone took Balasaheb Thackeray’s name, someone took names of (Congress chief) Sonia (Gandhi) ji and (NCP president Sharad) Pawar Saheb. The oath was not taken as per the given format,” Fadnavis added.
On the floor test being conducted on the pro tem speaker’s watch, Fadnavis said this was done as the government was scared of losing the trust vote under a regular speaker.
“They were afraid their government will collapse if regular Speaker is there…That’s why we walked out. We are going to write to the governor saying the business was not transacted in line with the Constitution,” he said.
Uddhav Thackeray, wearing a saffron turban, thanked House members and people of Maharashtra after the pro tem speaker declared that his government had won the floor test.
“I thank all the members for trusting me. I also thank the people of the state. It is not possible to work without their blessings,” he said.
“There was some pressure before coming to the House as I did not have the experience of working in the House but only on the ground. I feel fortunate to be here,” he said.
This was 59-year-old Thackeray’s first time in the House. Behind him sat his son Aaditya, along with other Sena MLA, all wearing saffron turbans.
“You (the BJP) feel stung when we took names of Chhatrapati Shivaji (while taking oath). I will take the name again and again. Those who don’t take names of their parents, have no right to live,” he said.
“It is not Maharashtra’s culture when you think taking name of Chhatrapati Shivaji and parents is a crime,” he said. (PTI)