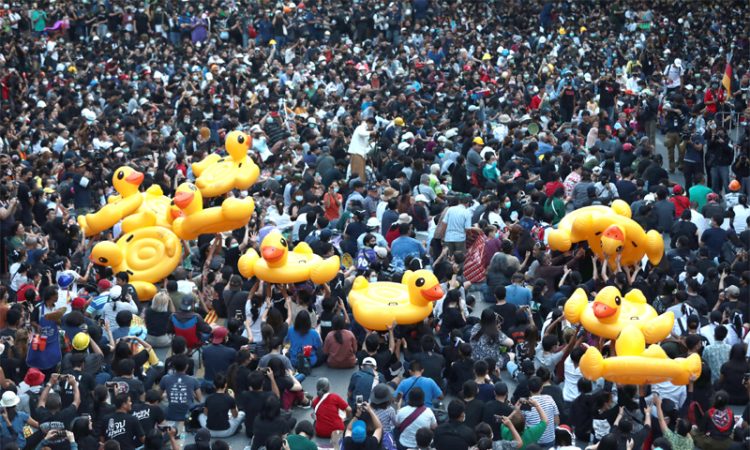 BANGKOK, JANUARY 8: Tensions are rising around Thailand’s pro-democracy protests, with 6 people shot last week and police using tear gas and water cannon on the streets of Bangkok.
As the Thai capital braces for the next major rally on Wednesday, AFP takes a look at the forces in play and what might come next in a country with a long history of political unrest.

Protesters getting tough
After 4 months of rallies, sometimes involving tens of thousands of demonstrators, the mood is getting tougher, with protest leaders warning they are not prepared to compromise.
More than 50 people were injured during a protest near parliament last week, 6 of them with gunshot wounds, according to medical officials, though it is not clear who was responsible for the shooting. Police are investigating but have not made any arrests.
Slogans and insults against the monarchy ~ unthinkable only a short time ago ~ are proliferating, while riot police showed last week they are ready to take firm action against the rallies.
The student-led movement has gained a strong base on the streets and social media and experts say the “Red Shirts”, a once-vociferous group who led major street protests a decade ago, may join the ranks.
The movement is calling for Prime Minister Prayut Chan-O-Cha ~ who came to power in a coup in 2014 ~ to quit, for constitutional changes and for reform of the monarchy.
Siripan Nogsuan Sawasdee, Professor of Political Science at Bangkok’s Chulalongkorn University, told AFP the movement needs to prioritise its demands and focus its leadership on a few prominent figureheads if it is to make progress.
But with their taboo-smashing demands for reform of the monarchy, Siripan said, the protesters have already “allowed the emergence of a new political culture, pushing for a freedom of expression unprecedented in the history of the Kingdom”.
Authorities ‘playing by ear’
The authorities have had a cautious response to the movement since it sprang up in July ~ announcing emergency measures then withdrawing them, arresting protest leaders then freeing them again.
“Since the beginning of the movement, the Government has played it by ear,” said Paul Chambers of Naresuan University.
Unlike previous Thai protest movements, the majority of the demonstrators are young middle-class city dwellers.
The authorities may be wary of tarnishing Thailand’s international image with a repeat of the crackdown on the Red Shirts in 2010 that left 90 people dead in the heart of Bangkok’s tourist and shopping district.
However, the authorities have hardened their tone in recent days, brandishing the threat of “Section 112” ~ the Kingdom’s famously strict royal defamation laws, which carry up to 15 years in prison.
Royal charm offensive
King Maha Vajiralongkorn, not seen much in public before the protest movement, has launched a charm offensive, making numerous appearances, talking to supporters and declaring his “love” for all Thais.
But he remains a controversial figure and does not enjoy the same level of affection built up by his late father, King Bhumibol Adulyadej, during his 7 decades on the throne, which ended in 2016.
The present King has strengthened his powers by taking direct control of the royal fortune and army units.
And his frequent stays in Germany have also raised questions ~ some criticise him for not being concerned enough about his subjects during the Coronavirus pandemic.
“There is evidently a campaign to rally legitimacy. At issue is whether this should have been done much earlier, whether there is still sufficient time,” said Thitinan Pongsudhirak, head of the Institute of Security and International Studies at Bangkok’s Chulalongkorn University.
A violent climax?
Thailand has often seen protest movements end in bloodshed ~ twice in the 1970s, then in 1992 and in 2010 ~ and experts warn a repeat could be brewing.
Chambers said “ultra-royalist right-wing groups” are already forming to harass democracy demonstrators.
Some are talking of a possible coup, to add to the dozen Thailand has seen since its move to democracy in 1932.
In the short term, next week brings a potential watershed with a judgment expected in a constitutional court case against Prayut for allegedly misusing the army chief’s official residence.
If he loses, he looks set to be thrown out of office ~ a development that would likely take much of the immediate tension out of the unrest on the streets. (AFP) 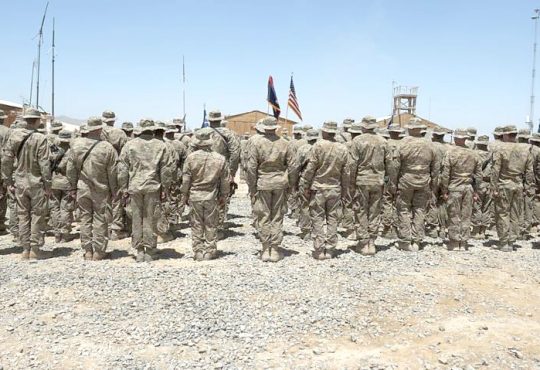 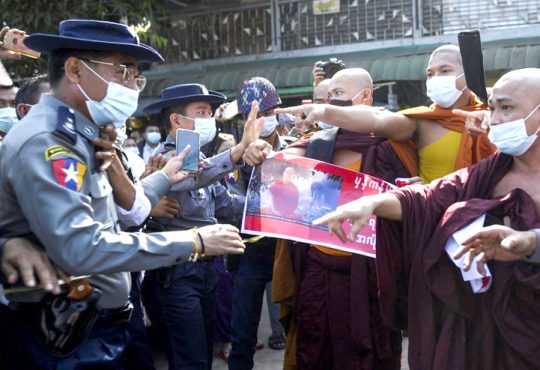