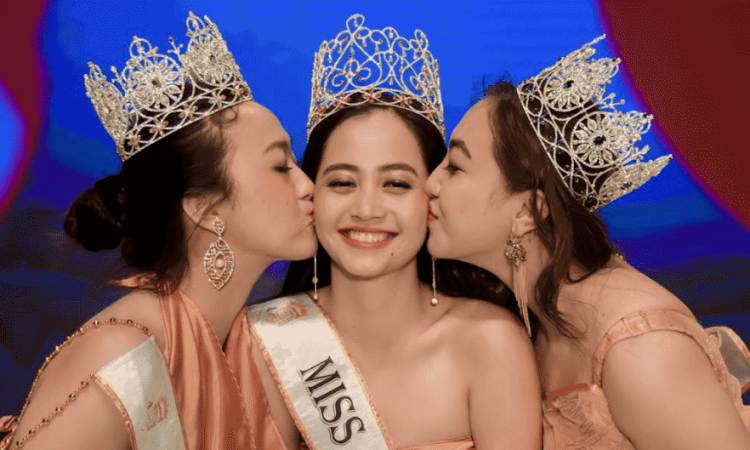 Celine, who will now represent Arunachal at upcoming national pageants also walked home with Miss Popular sub-title. She said that she would be working very closely with the organization for various advocacies which will benefit the community and represent the state to the fullest.
The judges for the edition were Femina Miss India Meghalaya 2019 Sangeeta Aashariya Das, fashion model & former Mister International India 2012 from Nagaland Opang Jamir and Second AAP Battalion Commandant Tumme Amo.
Union Minister for sports and Youth Affairs Kiren Rijiju was the chief guest for the event. He gave away the prizes along with Chief Minister of Arunachal Pradesh Pema Khandu, who is also the Chief Patron of Miss Arunachal Organization, and the state’s Youth Affairs Minister Mama Natung.
Later, the CM also took to Twitter to congratulate the winners and organizers. This was the 13th edition of Kingfisher Miss Arunachal under the aegis of Arunachal Guild of Cultural Integration (AGCI) supported by the state’s Department of Youth Affairs. The theme for this year’s Miss Arunachal was “Flaunting Diversity & Celebrating Unity”.
(Page News Service)