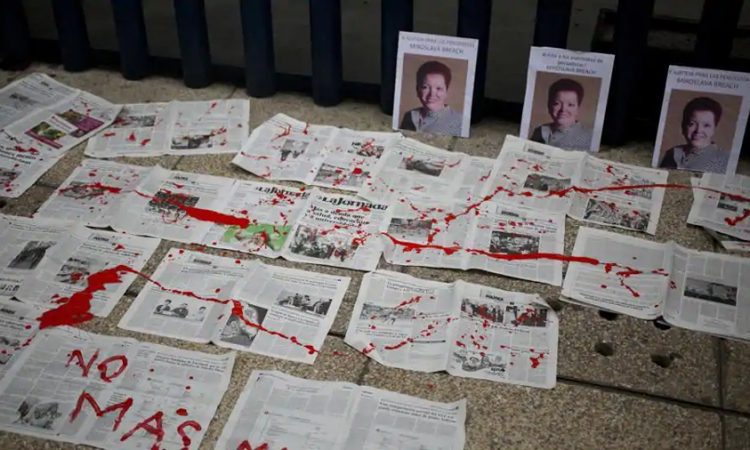 PARIS, DECEMBER 29: More journalists are being killed outside of war zones, and the overwhelming majority of this year’s grim total of at least 50 dead was deliberately targeted, many of them murdered while investigating organized crime, corruption and environmental degradation, Reporters Without Borders said Tuesday.

Its tally of journalists and media workers killed in connection with their work by mid-December was just slightly lower than in 2019, when the press freedom group counted 53 dead, even though many journalists reported less from the field in 2020 because of the Coronavirus pandemic.
The group said 68% were killed outside of war zones this year. That confirms a trend noted by the group since 2016, when only 4 out of 10 deaths were in countries not at war.
Targeted killings of journalists surged in 2020, accounting for 84% of deaths, sharply up from 63% in 2019, the group said.
It again listed Mexico as the deadliest country for media workers, counting at least 8 journalists killed there in connection with their work in 2020. Among them was Julio Valdivia, a newspaper reporter whose decapitated body was found in September in an area ridden with organized crime.
Among 6 media deaths that the group counted in Iraq was the killing in July of Hisham al-Hashimi, a leading expert on the Islamic State and other armed groups, who was shot dead outside his Baghdad home.
Reporters Without Borders also noted an increase in the killings of investigative journalists, including 4 who were looking into organized crime groups, 10 who were reporting on corruption and the misuse of public funds and 3 who were working on environmental issues including illegal mining and land grabs.
Reporting on civil unrest also proved particularly deadly, the group said, with 7 journalists killed while covering protests ~ 4 of them in Iraq, 2 in Nigeria and 1 in Colombia. (AP)