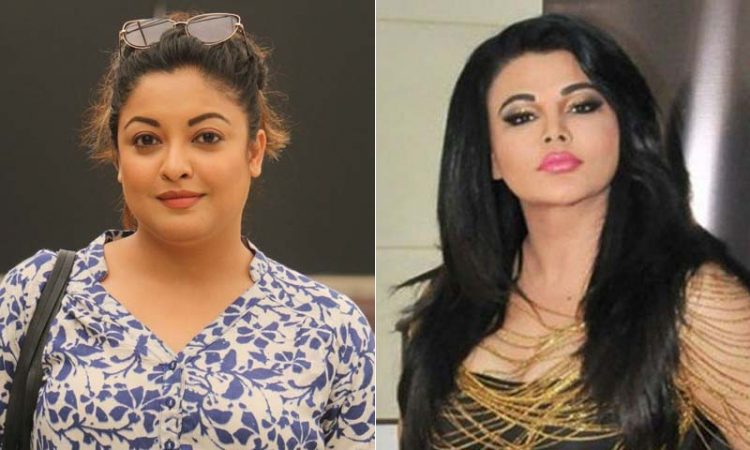 Last month, Tanushree Dutta triggered India’s #MeToo movement, when she spoke about how Nana Patekar sexually harassed her on the sets of Horn Ok Pleassss (2008).
She alleged that the actor had come too close to her for comfort during the filming of a special number and had forcefully tried to insert intimate steps into the choreography. After she protested at the time, she said that Nana called goons to vandalise her car.
Following this, Tanushree quit the film and was replaced by Rakhi Sawant. Speaking to a television channel recently, Rakhi attacked Tanushree and said that she was trying to gain publicity.
“These are fake allegations on Nana Patekar ji and Ganesh Acharya,” Rakhi had said. “Tanushree Dutta has gone mad. She was in a coma for 10 years. She has just woken up after a coma of 10 years. I don’t like saying such things about a woman. I respect women. But this Tanushree Dutta who has returned from America after 10 years is vomiting such things, because she has exhausted all the money from her bank account and has no work, has nothing and is blaming Nana Patekar ji.
“She is talking about the past, which has nothing to do with the incident. Nothing of this sort ever happened. If something like this would have happened…have you seen my song with Nana Patekar…he did not even touch me a little,” added Rakhi.
In retaliation, Tanushree filed a defamation case of Rs 10 crore on Rakhi. Advocate Nitin Satpute told the channel, “We have filed a criminal and civil defamation case against Rakhi Sawant for maligning my client’s character and image.”
He also said that if she failed to reply, Rakhi would be punished for two years.
Meanwhile, Tanushree has filed a police complaint against Nana. On his part, Nana denies the allegations and says that there were 50 people on the set, so nothing of the sort could have happened.