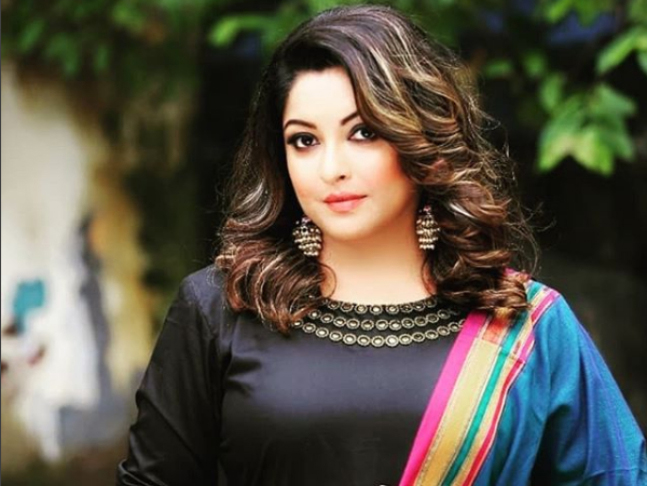 Actor Tanushree Dutta has slammed Ajay Devgn and the makers of the upcoming film De De Pyaar De, for continuing to work with rape accused actor Alok Nath. “Tinsel town is full of liars, show-offs and spineless hypocrites. And it seems by a large public consensus that the signpost is pointing currently at Ajay Devgn,” she said in a statement.
Tanushree said that it was possible to reshoot Alok Nath’s scenes once the allegations against him were made public, “but no, they had to keep the alleged rapist in their film and rub it on not only (accuser Vinta Nanda’s) but on all our faces”. Accusing Ajay of ‘supporting (Alok Nath) make a comeback to Bollywood’, she added, “Nobody even knew before the posters and trailers that Alok Nath is in the film so if Ajay Devgan and the makers wanted they could have just quietly replaced him and re-shot his portions.”
The veteran television actor had been accused of rape and sexual harassment by writer Vinta Nanda in October, 2018. A case was filed against him, and he was granted anticipatory bail. Actors Sandhya Mridul, Himani Shivpuri and Deepika Amin shared their own stories of having faced harassment at Alok’s hands.
The #MeToo movement began in India after Tanushree accused her Horn OK Pleassss co-actor Nana Patekar of sexual harassment on the sets of the film. She continued, “It’s time India wakes up and stops worshipping these morally bankrupt actors,directors,producers and others who clearly put on a facade of being family men just to promote their careers.”
In the wake of the #MeToo movement, Ajay had expressed his support on social media, and added that he wouldn’t work with anyone who has been accused of any wrongdoing in the future. “I’m disturbed by all the happenings with regards to #MeToo. My company and I believe in providing women with utmost respect and safety. If anyone has wronged even a single woman, neither ADF nor I will stand for it,” he had written on Twitter.
He told PTI later that while some of the names that were mentioned did shock him, “I can’t be judgmental completely till somebody proves someone guilty or not.”
The first trailer of De De Pyar De revealed Alok Nath’s inclusion in the film, and also incurred the wrath of the internet. “Shame on Ajay Devgn for defending Alok Nath. They could have given him the boot after allegations and FIR. I hate when celebs say ‘this is not the right platform to discuss’. Issues like this deserved to be discussed on every platform,” one Twitter user had written. Ajay had refused to answer questions about Alok’s inclusion in the film, choosing instead to say at the trailer launch event, “This is not the right place to talk about it. Jinki aap baat kar rahe hai woh film uske pehle complete hui (the film had been completed before the allegations surfaced against the person).”
Alok will also appear as a judge in an upcoming film centred around sexual harassment. Asked about his involvement, he said, “Is there a problem?”
In a similar situation in Hollywood, director Ridley Scott made the last-minute decision to replace actor Kevin Spacey with Christopher Plummer after allegations of harassment were made against him. Spacey’s scenes were reshot in a matter of days, with a trailer already out and the release date fast approaching.