HomeInfotainmentTaFMA is taking many steps to ensure growth of all sections of the music industry: Theja Meru
Infotainment
1 week agoApril 8, 2021TaFMATheja Meru 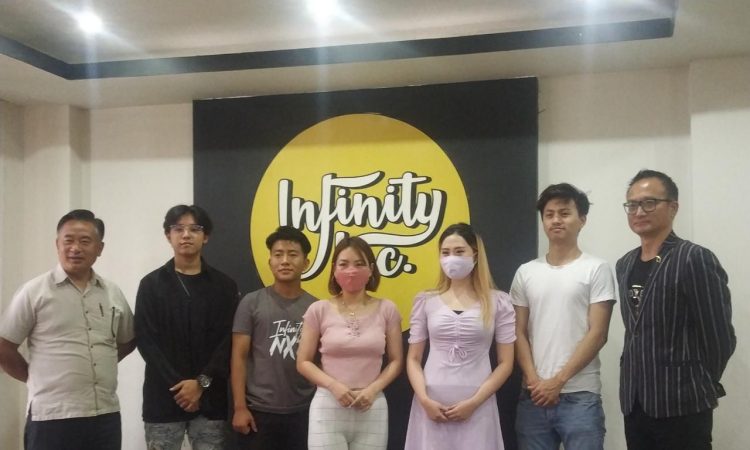 With an aim to nurture talented artists to their full potential through training, mentorship and hands-on music education, Infinity NXT, an artist development programme was launched on Thursday at Infinity Inc. Studio, DC Court Junction, Dimapur.

Speaking on the occasion, Advisor of TaFMA Theja Meru said that Infinity Inc is an empanelled institute with TaFMA and TaFMA’s belief for Nagaland’s music ecosystem is to thrive. According to him, TaFMA is taking many steps to ensure that all sections of the music industry grow together and it is the vision of CM Neiphiu Rio, which was announced in his budget speech this year, to make Nagaland a capital of Music and arts.
He talked about different genres of music and the impact they have on the people and economy citing the examples of Belgian electronic dance music festival Tomorrowland that directly fed the local economy and the South-Korean based K-Pop group BTS which dominate the world and add revenues to the country’s economy. He mentioned that music festivals, musicians and artists play an important role in the growth of a local economy.
He added that as an industry, we have to be willing to continue to work hard, plan things intelligently, package and market well, have patience and consistently expand networks, choosing to dream big, evolve and observe current trends.
Introducing the programme, Asalie Peseyie, CEO of Infinity Inc said that Infinity NXT is an artist development program that is conceptualised and managed by Infinity Inc.
Peseyie said that Infinity NXT will be an annual program that will run for seven months through which young talented artists will be mentored and the program will culminate with a showcase of the artist in December.
According to him, Nagaland has a good number of musically gifted people, but with the current state of competition in the industry, having a great voice is not good enough to become a star in the industry and there are many facets to become a legitimate star- and it is the cornerstone of the programme i.e., all round development of an artist.
During the course of the programme, various aspects of the industry will be touched like song writing, song and video production, styling, marketing, branding and performance.
For the first edition, six artists have been selected after an open audition. They are Sarah Yepthomi, Kendra, Joshua Shohe, Rylo, Temsu Clover and Nikato Tamang.
(Page News Service)