HomeInfotainmentTaapsee Pannu would never do a sex comedy
Infotainment
2 years agoNovember 1, 2019No tags 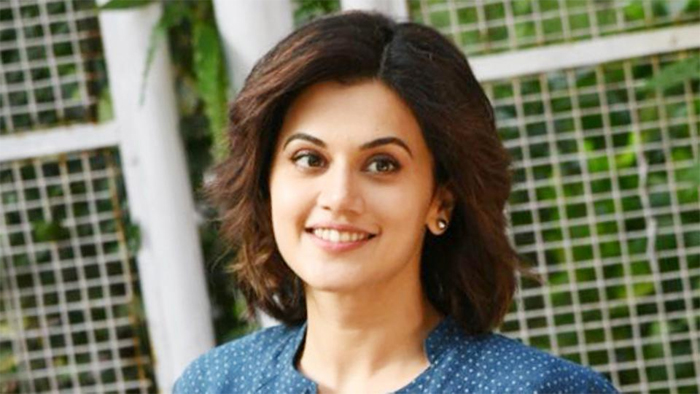 She has become synonymous with brave roles and daring choices in films she takes up. And Taapsee Pannu has, time and again, set new benchmarks by doing some of the most unconventional stories. Be it Pink (2016) Naam Shabana (2017), Mulk (2018) or her latest release, Saand Ki Aankh, she has proved her acting prowess with elan.
Though Taapsee started off doing glamourous roles in southern cinema, besides a Judwaa 2, she hasn’t done an out-and-out glam role in Bollywood. However, she reveals that she was once approached to do an item song in a Hindi, which she turned down. “I’m open to doing all these glamourous songs but only for my films where I’m the heroine. I will not do just a random so-called item song. There has to be a very strong reason for me to do that song, apart from that it’ll make me look glamourous,” she says.
With the kind of roles she has done so far, Taapsee asserts that the audience expects something different from her work. “So, if I do something conventional, they’ll not like it. To some extent, I’ll also not like it and get bored. I want my audience to believe in me blindly, that’s the niche I want to build for myself.”
Having said this, the one genre that Taapsee would strictly not do is sex comedy. She reasons, “Whatever sex comedies I’ve seen so far, I didn’t find them funny. I’ll never do one because it shows women in a particular light. Making woman the butt of all jokes, having sexual innuendos, double meanings just to titillate the audience is not entertaining,” she maintains.
Taapsee made many heads turn with her bikini-clad bod in Judwaa 2 and she reveals something similar is on the cards soon. “Judwaa 2 was very challenging because to get size zero body and look good in a bikini standing next to Varun Dhawan and Jacqueline Fernandez was tough. People would think that just because you have to wear a bikini and look good on screen, it’s easy, but it wasn’t. I’ll soon be doing something like that, which is very interesting,” she hints.
Looking up, Taapsee has just shot for Anubhav Sinha’s Thappad. Asked if there’s any particular criterion she has in mind while signing a film, she shares, “Whenever a film is offered to me, I ask myself will I spend my hard-earned money or three hours of my precious time? If not, then I will not sign up for it.”