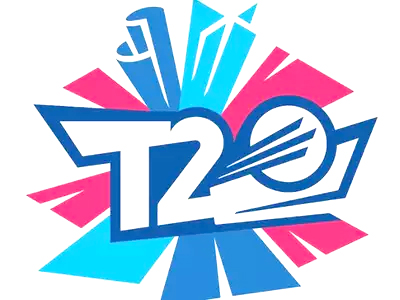 NEW DELHI, April 30: The BCCI is confident that India will host the T20 World Cup in October as per schedule despite a surge in COVID-19 cases in the country but the marquee ICC event could be held in five cities instead of originally nine short-listed venues.

As per convention, ICC keeps a back-up country ready and it’s been the UAE for the past one year.
The IPL is currently on in separate bio-secure environments but BCCI will face perhaps its biggest test of managing a big-ticket ICC tournament in adverse circumstances.
“We are still hopeful that with five months left and a significant population being vaccinated, we will be in a position to host the T20 World Cup. Yes, one of the options could be curtailing the nine venues to a maximum four or five,” a senior BCCI office bearer told PTI on Friday.
An ICC recce team was supposed to reach Delhi on April 26 to inspect the bio-secure arrangements for the IPL, keeping in mind the T20 World Cup but the travel bans imposed on India led to the postponement of the trip.
“Yes, the team was supposed to arrive earlier this week but with travel bans in place, they will come later once the situation returns to normalcy,” the office bearer said.
An ICC spokesperson told PTI that shifting the tournament to the UAE is not being considered at this stage.
“We’re monitoring the situation. Too early at this stage to make a call. Team didn’t travel as UAE has shut its borders to India,” the ICC official said.
BCCI’s GM (Game Development) Dhiraj Malhotra was on Friday quoted as saying by the BBC that “UAE is the back up venue”.
However an office bearer said that UAE was always the second option as per rules.
“You always have a back up venue and UAE has been the venue after it was passed at the ICC meeting last year. There’s nothing new in what Dhiraj had said. Obviously, if the situation remains the same after five months, you will have to have Plan B ready,” the office bearer said.
Usually, when ICC T20 World Cup has been held in other countries like Sri Lanka, Bangladesh, the event has always been confined to three or four venues but it hasn’t been a case in India due to board politics and its related compulsions.
A former BCCI office bearer, who was involved in organisation of both 2011 World Cup and 2016 T20 World Cup put it aptly.
“You have president Sourav Ganguly’s city (Kolkata), vice-president Rajiv Shukla’s city (Lucknow), secretary Jay Shah’s city (Ahmedabad), treasurer Arun Dhumal’s city (Dharamsala).
“And there are four best stadiums in Mumbai, Chennai, Delhi and Bangalore along with Hyderabad,” he said, hinting that it’s difficult to ignore any of these big venues.
The distribution of matches has always been a very touchy issue in the BCCI and if the T20 World Cup goes ahead as per plan, some tough decisions will have to be taken.
“The BCCI has shown that two distinct bubbles at one given point in time work wonderfully well but the moment it’s scattered to nine cities, it would be a nightmare with 16 teams in question,” the source said.
Also another factor that needs to be taken into account is how smoothly teams can depart post the tournament is over.

“For Pakistan, it’s always safe to play in Delhi or Lucknow since Mumbai is out of question. Similarly for England or Australia, Mumbai is logistically very convenient. So these are certain factors,” he said. (PTI)