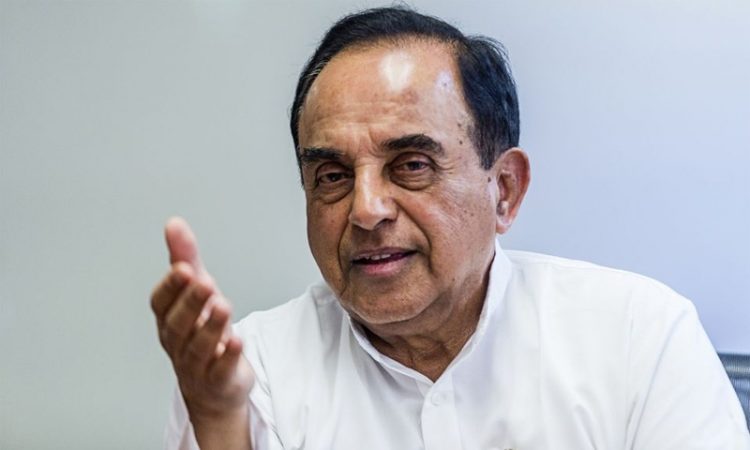 Kolkata, January 5: Senior Bharatiya Janata Party leader Subramanian Swamy on Sunday said the country’s economy is not showing good signs though Prime Minister Narendra Modi has manifested tremendous leadership skill in fighting terror and in social welfare projects.
The fiscal decisions of the government have not yielded the desired results, the Rajya Sabha MP said here.
“Modi had shown tremendous leadership skill in fighting terror, in several social areas, micro areas like bringing toilets to every village home. But economy is a complex system…,” he said while taking part in a discussion.
While every minister is talking about Rs 5 trillion dollar economy by 2024, but the current GDP growth has to be multiplied in four years to achieve that, the former Union minister said.
He said, if wages are slashed as a mesure to cope with the situation, labour will become cheap but that will also cut down the people’s purchasing power triggering dip in demand, closing down factories and rise in unemployment.
“This is one problem for which you really need an economist,” he said.
Swamy said in jest, “I think Modi has one problem with me. Not only I am an economist but also a politician.” (PTI)