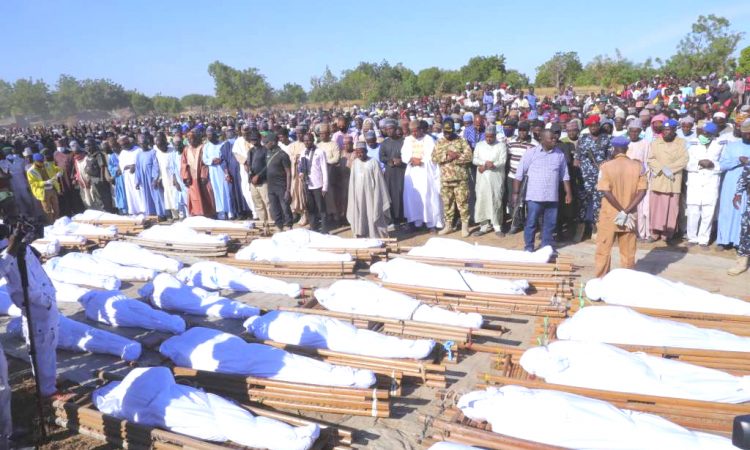 People attend a funeral for those killed by suspected Boko Haram militants in Zaabarmar, Nigeria, Sunday, Nov. 29, 2020. Nigerian officials say suspected members of the Islamic militant group Boko Haram have killed at least 40 rice farmers and fishermen while they were harvesting crops in northern Borno State. The attack was staged Saturday in a rice field in Garin Kwashebe, a Borno community known for rice farming.

MAIDGURI, November 29: Suspected members of the Islamic militant group Boko Haram killed at least 40 rice farmers and fishermen while they were harvesting crops in Nigeria’s northern Borno State, officials said.
The attack was staged Saturday in a rice field in Garin Kwashebe, a Borno community known for rice farming, on the day residents of the state were casting votes for the first time in 13 years to elect local government councils, though many didn’t go to cast their ballots.
The farmers were reportedly rounded up and summarily killed by armed insurgents.
Malam Zabarmari, a leader of a rice farmers association in Borno state, confirmed the massacre to The Associated Press.
The farmers were attacked at the Garin-Kwashebe rice field in Zabarmari community, and according to reports reaching us since afternoon, about 40 of them were killed,'' he said, adding that it likely could be up to 60 people killed. Nigerian President Muhammadu Buhari expressed grief over the killings. I condemn the killing of our hardworking farmers by terrorists in Borno State. The entire country is hurt by these senseless killings. My thoughts are with their families in this time of grief. May their souls Rest In Peace,” he said in a statement.
Buhari said the government had given all the needed support to the armed forces to take all necessary steps to protect the country's population and its territory.'' A member of the House of Representatives, Ahmed Satomi, who represents the Jere Federal constituency of Borno, said at least 44 burials will take place Sunday. Farmers and fishermen were killed in cold blood. Over 60 farmers were affected, but we only have so far received 44 corpses from the farms and we are preparing for their burials today, Sunday by God’s grace,” the federal lawmaker said.
Boko Haram and a breakaway faction, the Islamic State West Africa Province, are both active in the region. Boko Haram’s more than decade-long insurgency has left thousands dead and displaced tens of thousands. Officials say Boko Haram members often force villagers to pay illegal taxes by taking their livestock or crops. But over time, some villagers have begun to resist the extortion.
Satomi said the farmers in Garin Kwashebe were attacked because they had disarmed and arrested a Boko Haram gunman on Friday who had been tormenting them.
A lone gunman, who was a member of Boko Haram came to harass the farmers by ordering them to give him money and also cook for him. While he was waiting for the food to be cooked, the farmers seized the moment he stepped into the toilet to snatch his rifle and tied him up,'' he said. They later handed him over to the security. But sadly, the security forces did not protect the courageous farmer. And in reprisal for daring them, the Boko Haram mobilized and came to attack them on their farms.”
Insurgents also torched the rice farms before leaving, he said. (AP) 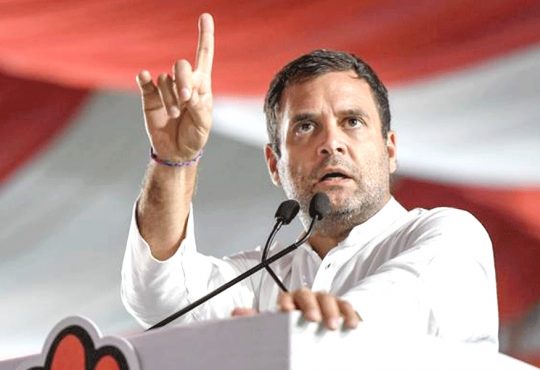