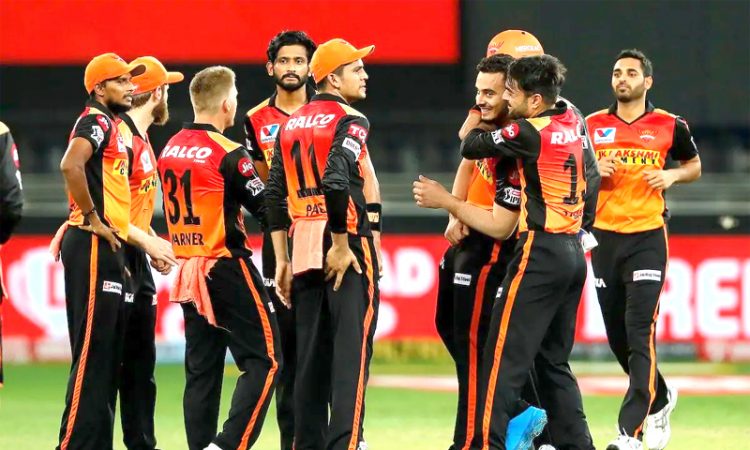 Dubai, October 3: With youngsters stepping up, Sunrisers Hyderabad won over Chennai Super Kings by seven runs in Dubai.
The words Yatra Pratibha Avsara Prapnotihi (Where talent meets opportunity) inscribed on the IPL Trophy are meant for days like this. Two unheralded young guys, a 19-year-old Priyam Garg from Meerut and a 20-year-old Abhishek Sharma from Amritsar were unknown names among Indian households.
When Hyderabad won the toss and chose to bat first at Dubai, they were realistically looking at a par total of 165-180 to give their four-prone attack to defend. And much of their hopes relied on the likes of David Warner, Jonny Bairstow, Kane Williamson and Manish Pandey.
When Chennai Super Kings had them all removed by the 11th over, they believed they had the match in their pocket. Restrict them below 150, they had a fair chance of overhauling the target.
Instead Garg and Sharma had other plans. The duo put on 77-runs in seven overs as Hyderabad launched a stunning turnaround. Though it was Sharma who broke the shackles, it was Garg who made swift runs.
After being involved in a horrible mix-up with Williamson that saw the Kiwi being run out, Garg showed enough maturity to launch a counter-attack.
Captain of the India Under-19 side that lost to Bangladesh in the final off the World Cup earlier this year, Garg showed why he is spoken highly of. A natural stroke-maker, Garg is part of the same academy in Meerut which gave India Praveen Kumar and Bhuvneshwar Kumar. In fact, he went to the academy to become a seamer, but was converted into a batsman by coach Sanjay Rastogi.
Garg went severe against Sam Curran as Hyderabad finished at 164/5, a par total on the surface. And in the end, it proved enough as Chennai once again found it difficult to get any momentum in their chase.
But then which is why the IPL exists for. You find rags to riches story, underdogs becoming topdogs. A cameo here and there will put you in the limelight. Before you realise, you will be the top trending topic on Twitter. Surnisers Hyderabad’s Garg and Sharma found what that life is as they duo inflicted further misery on bottom-placed Chennai Super Kings, who have only one win from four matches. (Agencies)