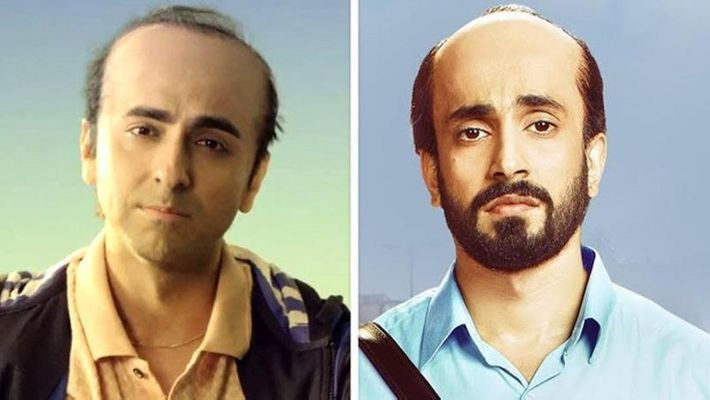 The second weekend of November will see two films about bald men battling out — Ayushmann Khurrana’s Bala and Sunny Singh’s Ujda Chaman and the latter says he won’t be bothered about comparisons. Ujda Chaman, a remake of the 2017 Kannada movie Ondu Motteya Kathe, features the Sonu Ke Titu Ki Sweety star as a young man facing premature hair loss.The film is scheduled to be released on November 8.
The story of Bala is based along the similar lines and will hit the screens a day before Ujda Chaman. “I am away from all of this. I am doing a film, I am also getting to know that this film (Bala) is kind of similar. Initially you feel like ‘why and how is this happening?’ but then you feel it’s ok. He’s playing his part, I am playing mine. We both are actors doing our jobs. I love him and I’m a fan of his acting,” Sunny told PTI.
The actor said he recently met the Dream Girl star and the duo greeted each other with warmth. “I know Aparkshakti and Tahira too, so it’s all cool. People might also feel that way (comparisons) because it’s trending but personally, an actor is chilling and thinking only about his movie.
“Even if they compare, the makers know both have put in their best. Which film works at the box office is another thing. I am only concerned about the respect from the audience and makers. Comparisons with him won’t bother me.” When the trailers of the two films were out, social media users were quick to spot similarities between the two – from posters, trailer to even dialogues.
Asked what he thought of the Bala trailer, Sunny said, “I liked the trailer because I was only looking at Ayushmann. He is super good and does it nicely. People have a different way of doing it. I saw the similarity but that’s not my call. I haven’t directed it, I am not the maker. I didn’t have an idea that what I am doing will be like that. We just did our work,” he added.
Ujda Chaman is directed by Abhishek Pathak.