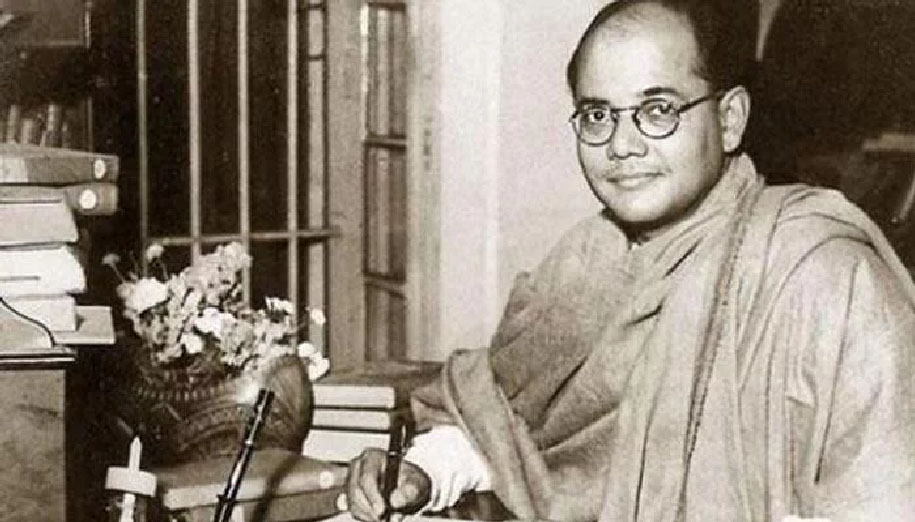 A fresh controversy has erupted over director Srijit Mukherji’s latest film, with 32 members of Netaji Subhash Chandra Bose’s family claiming that the filmmaker has altered the movie’s name from Gumnami Baba to Gumnaami to get the CBFC’s clearance.
The upcoming film has already raked up controversies for delving into theories over Bose’s ‘disappearance’. The director, who had on Sunday screened the film’s trailer at the office of All India Forward Bloc – the party founded by Bose – termed the charges levelled by some of the descendants of the freedom fighter as ‘untrue’.
The film, which got CBFC clearance in the last week of August, will hit the screens on October 2. A statement, signed by Netaji’s niece Chitra Ghosh, his nephew Dwarka Bose and 30 other members of the Bose family, said on Monday, “For the past year, ever since Srijit Mukherji announced the film Gumnami Baba, he had said it is based on the book Conundrum by Chandrachur Ghosh and Anuj Dhar and (he) had appeared with the authors (at events). Now he (Srijit Mukherji) has suddenly changed his stance to get past the Censor Board and says the film is based on the Justice Mukherjee Commission report. He has also changed the name of the film.”
Denying the charge, Mukherji said in a Facebook post, “What absolute nonsense and a bunch of lies! The name of the film from day one was Gumnaami, in all announcements including the teaser poster. And the decision to base the screenplay on the Mukherjee Commision report and not Conundrum, was made before the film was shot, months before this controversy. Clearly the Bose family thinks one can overnight change the screenplay of a film and shoot it,” the award winning filmmaker said.
Mukherji also said that the film without arriving at any conclusion refers to all three theories over Netaji’s ‘disappearance’ – his death in a plane crash in 1945, his death in Russia and the appearance of a hermit in Uttar Pradesh’s Faizabad in the 1970s, who many believed was Subash Chandra Bose in disguise.
“The third theory (Gumnami Baba’s appearance) only remains a theory even if it was negated by the Mukherjee Commission, in the absence of clinching evidence,” he said.
Mentioning that people of the country “deserve to know the theory about Gumnami and its negation” along with the two other theories over Netaji’s disappearance, Mukherji said by issuing statements, the members of the Bose family were “resorting to fascist arm twisting” technique.
The fresh statement by some of the members of Bose family also flayed the AIFB for having allowed screening of the trailer at the party office. “It is shocking that the Forward Bloc has been taken in by this and invited Srijit Mukherji to show a trailer in the presence of media,” the statement said.
The statement, under the title ‘Majority members of Bose family’ demanded the film should not be screened on the scheduled date and said, “It is imperative the AIFB immediately dissociate themselves from this and actively oppose the screening which is nothing but denigrating Netaji.”
Mukherji had said on Sunday that senior AIFB leaders had seen the trailer and agreed to see the premier of the film. “A 20-member AIFB delegation will decide whether Gumnaami hurt the sentiments of the people and followers of Netaji,” the filmmaker had said.
Senior AIFB leaders Naren Dey, Haripada Biswas, Debabarata Biswas, Naren Chatterjee were present at the screening on Sunday at the state party headquarters. The party secretariat will take a call on the invite to attend the premier, Chatterjee had said.
Last week, a statement signed by the 33 members of the Bose family had contended that “a misleading and defamatory campaign was being made to malign the image and legacy of the legendary leader”