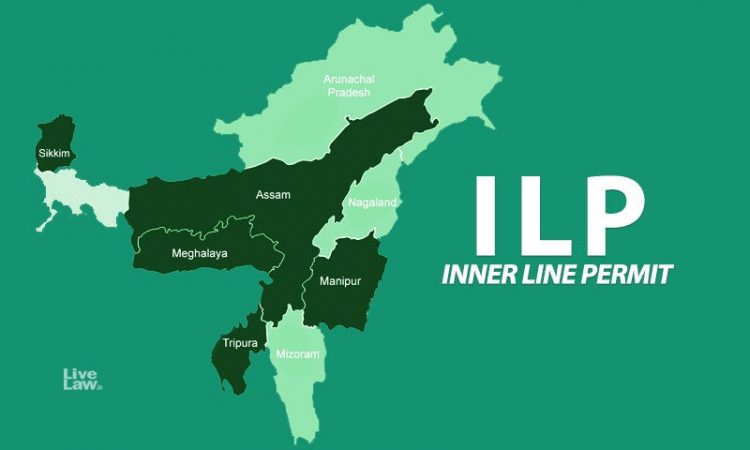 New Delhi, January 6: Impulsive and knee-jerk reaction rather than long term economic consequences has compelled local people to demand ILP to counter the Citizenship (Amendment) Act in an open state like Meghalaya.
A recent study has shown that the states which have implemented ILP long ago-Arunachal Pradesh, Nagaland and Mizoram-have done wore in economic development than the states where there is no ILP-Meghalaya, Assam and Tripura.
The non-ILP states, Meghalaya (9.26%), Assam (8.35%) and Tripura (10.06%) have shown higher growth rate than their counterparts Arunachal Pradesh (7.35%), Mizoram (8.77%) and Nagaland (3.44%).
Consequently, their rate of unemployment is also quite higher than their neighbours.
In the unemployment sector in the Northeast, Meghalaya has the lowest rate of 1.5% and Nagaland has the highest unemployment rate of 21.4%.
Though Arunachal Pradesh has ILP system, the flow of tourists is better than Mizoram and Nagaland, the recent date compiled by officials said.
Again in the absence of any restrictions, tourists have arrived in the non-ILP states in greater numbers than the ILP states, the study showed.
In the region, Assam alone has received 60,52,667 tourists followed by 13,75,854 in Sikkim and 9,90,856 in Meghalaya.
In comparison, Arunachal Pradesh despite its many scenic tourist spots and international border had only 4,44,055 tourists followed by Mizoram (67,772) and Nagaland (63,362) at the bottom of the list.
This is a dismal picture since Nagaland has many war cemeteries and Mizoram has many picturesque places.
Analysing the reasons for the economic stagnancy, one economist from the region said that Northeastern region also needs skilled and semi-skilled labour force for maintenance and development of its infrastructure. The region has not many such work force and again they are seasonal and not available all through the year.
Secondly, certain works like plumbing is monopolized by outside workers from a particular state for generations and local workers have not developed the skill even today.
On the contrary, because of education, many work forces from the same states like Manipur, Mizoram, Meghalaya have found places in hospitality and hotel industries.
“If we restrict the entry of persons to happening states like Meghalaya, it will have repercussions elsewhere. Moreover it will strike at the root of development in the region which is picking up after a long time partly due to collaborations with the neighbouring countries and Act East Policy,” the study said.
Again among the Northeastern states, all are not geographically placed in similar location. A person from Arunachal Pradesh, Mizoram, Nagaland and Manipur will not need an ILP now if he travels to the mainland via Assam or Meghalaya.
But if ILP is imposed in these two states, he or she will need permission not only from one but more than one state.
Even a large section of non-tribal people who are in the state for decades and have become locals will face problems if ILP is brought in.
Introducing the same in Assam and Meghalaya will be a problem for all these states and also for the people from these states themselves.
With increased regional connectivity, trade and travel has increased manifold in the Northeast recently. Most of the hotels in Shillong are booked by visitors from outside over weekends.
But such travelers will think twice to drive to Shillong if they need a permit beforehand. Shillong has seen many national international mega events which will not be smooth if restrictions are imposed, the study felt.
After a long time, the Northeast is opening up to the rest of the country mainly due to the demand from within. Now barricading those by introducing systems like ILP will do more harm than good. The Centre is also aware of these consequences.
It is surprising that top leaders cutting across party lines had not supported ILP when they were in power in the hill state. But now some of them jumped on the bandwagon and some have remained silent fearing backlash from local NGOs and civil societies spearheading the ILP movement, one observer commented. (Courtesy: TST)