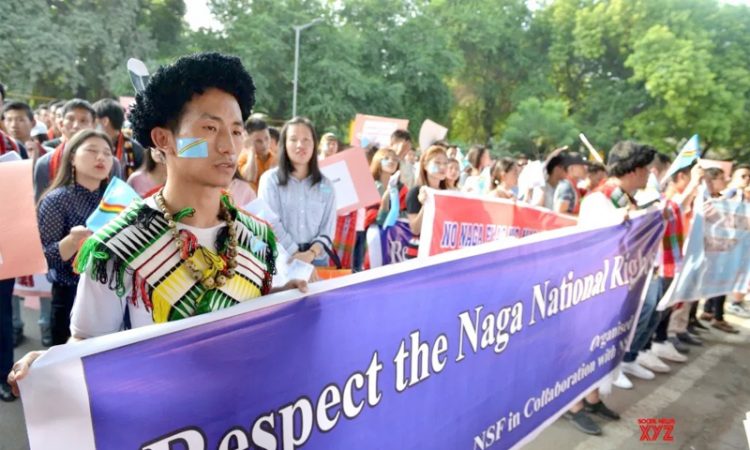 Dimapur, September 25: The Naga Students Federation (NSF) today organized a rally from Mandi House to Parliament Street, New Dehli to press for their demands for Naga solution. The rally was organized by NSF in collaboration with Naga Students Union Delhi.
The NSF submitted a memorandum to Prime Minister raising three core demands for prompt action and intervention.
The NSF demanded that the solution should be based on the unique history of the Nagas, which has been recognized by the Government of India.
Given the official recognition of the same, the Naga youths and students urged the Prime Minister not to compare or subject the Naga issue to any other political issues in the country and even abroad and that the promise of unique solution based on the unique history is brought forth at the earliest.
“The history of the Naga people is unique and the solution must be unique in letter and in spirit,” it stated. 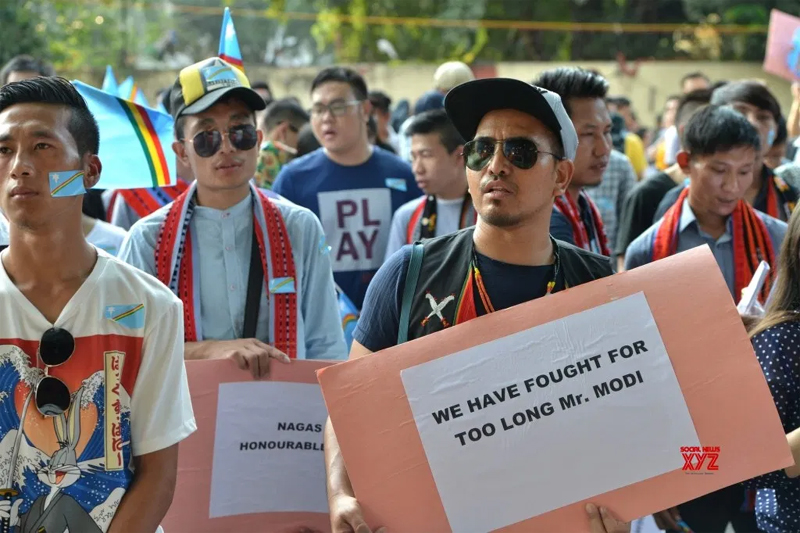 The NSF said it wants a solution “that is inclusive” and “that is honourable”. If any solution is sought without the consolidation of the Naga people who are now divided and placed into different political administration of India and Burma, it would be self-defeating and unacceptable to them, it said.
“Further, since the Naga issue is one, there has to be only one solution taking on board all the stakeholder,” the memorandum stressed.
Stating it is the aspiration of the Naga students and youth that the solution to the protracted Indo-Naga issue is based on the mutually agreed principle of India and Nagas as two separate entities, the NSF categorically stated that the Naga people will never accept a solution that is imposed upon them.
“We shall not accept a solution that is not honourable and also ensure that the dignity of every Naga individual is respected,” it stated.
The federation appealed to the Prime Minister and the Central Government to understand that the failures of the previous agreements were due to the core issues pertaining to the Nagas being unaddressed.
“One fact is that that Nagas will not accept if the issues which are dear to their hearts are not addressed through the solution and that such an attempt will only plunge the Naga society into another dark phase of bloodshed and violence,” the memorandum stated.
In the greater interest of the Nagas and other communities and the India Nation, the NSF appealed to impartially and honourable deliberate the issues emerging from the situation in order to usher in an era of peace through an honourable political solution that defines and recognizes their identity as a distinct people.
The NSF believed that the right time has come for the Government of India to recognize and materialize ‘Nagas desire and the right to live together under one political roof’. (Page News Service)