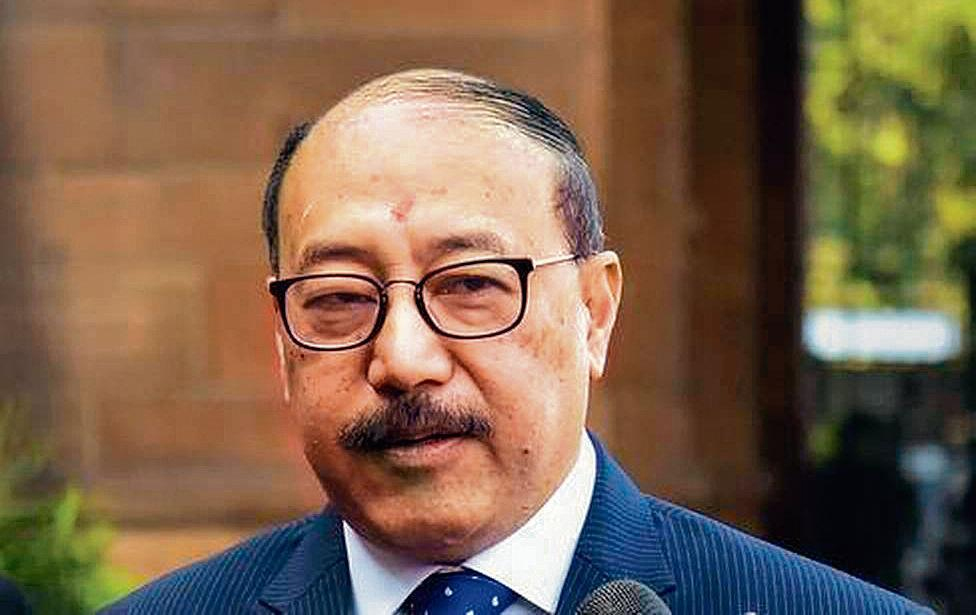 New Delhi, September 10: Asserting that a strong and stable Northeast is key to building a self-reliant India, Foreign Secretary Harsh Vardhan Shringla on Thursday said the government is working to improve the infrastructure and connectivity in the Northeastern states, while also facilitating greater regional integration.
The government has a vision for this region that is captured in the 3 Cs Connectivity, Commerce, and Cultural Commonalities, Shringla said at a webinar on “Self-Reliant India: Reimagining the North East India in terms of Employment and Skill”.
“In partnership with our neighbours and friends to the east, we are working to improve the infrastructure and connectivity in our Northeastern states while also facilitating greater regional integration,” he said.
Shringla cited various examples of cooperation with countries like Japan and Bangladesh to enhance connectivity and ensure economic modernisation of the northeastern states.
A new railway link between Akhaura in Bangladesh and Agartala and Tripura is under construction, he said in his keynote address at the webinar organised by the Institute of Chartered Financial Analysts of India (ICFAI) University.
Nationals of the two countries can not only travel on board the Maitree and Bandhan Express to each others’ countries but on buses plying between Shillong and Dhaka and between Agartala and Kolkata via Dhaka, he said.
“We are upgrading the infrastructure of Land Customs Stations for enabling smooth cross-border movement of goods and people,” he said.
There has been considerable augmentation of the inland water transport that links the Northeast to Bangladesh, Shringla said.
“The general trend indicated by this listing is also applicable to other neighbours such as Nepal, Bhutan and Myanmar. For example, in Myanmar, we are working on the Kaladan Multimodal Transit Transport Project and the India-Myanmar-Thailand Trilateral Highway Project connecting the North East with Myanmar and Thailand,” he said.
“We work not just bilaterally to promote these linkages but also multilaterally and plurilaterally. I would like to draw your attention to two such configurations Bay of Bengal Initiative for
Multi-Sectoral Technical and Economic Cooperation (BIMSTEC) and Bangladesh, Bhutan, India, Nepal (BBIN),” he said.
While road and rail connectivity have improved significantly, there is also a need to focus on air connectivity in the region, he said.
The positive cascading effects of improved connectivity bring trade and investment, Shringla said, adding that they also bring employment opportunities.
The potential of mutually beneficial resources and of generating common economic spaces is evident in another area energy, he said.
Noting that Bangladesh currently imports 1160 MW of power through adjoining states in India, he said hydrocarbons will flow through an India-Bangladesh Friendship Pipeline.
“A strong, stable and prosperous North East is key to building a Self-Reliant India. The Act East Policy of the Prime Minister provides an effective means to achieve it,” Shringla asserted.
“The realisation of this dream brings together various ministries of the government of India, as also the state governments, which are both implementing agencies and beneficiaries at the ground level,” he said. (PTI)