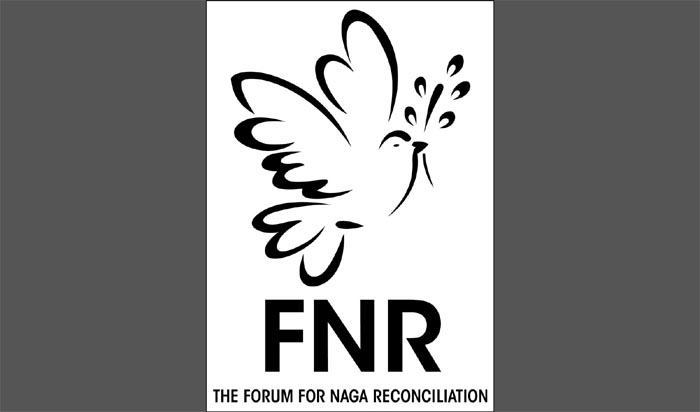 DIMAPUR, DECEMBER 3: Reacting to the controversy over the commemoration and honouring leaders of Naga Peoples’ Convention (NPC) on Nagaland Statehood Day at Raj Bhavan, the Forum for Naga Reconciliation (FNR) has urged both Naga leaders and Government of India to avoid politicking for short-term gains. It also insisted on the need to be political with statesman-like character and diplomatic qualities that are based on sincerity and respect.

In a statement, FNR censured what it called “the recent public display to idolize” the 16-Point Agreement, saying it reveals the true hand behind the gestures of peace.
Stating that the failure of the ’16-Point Agreement’ led the Government of India to sign the ‘Framework Agreement’ with NSCN (IM) in 2015 and the ‘Agreed Position’ with NNPGs in 2017, the Forum said, “Yet, the recent public display to idolize the ’16-Point Agreement’ reveals the true hand behind the gestures of peace. If the intention was to win the hearts of the Nagas, this policy and approach demonstrates lack of acumen and prudence.”
According to FNR, in the course of identifying reasons and circumstances for disunity among Nagas during the Naga reconciliation process, the ’16-Point Agreement’ of 1960 and ‘Shillong Accord’ of 1975 with the Government of India and formation of ‘Revolutionary Government of Nagaland’ in 1968 were seen as historical events that decisively fragmented the Naga political movement and induced situations for division and disunity.
“While majority of the Naga people across Naga-Land rejected the agreements signed, the consequences of these events led to bitterness, loss of human life, suspicion, distrust, fragmentation of Naga-Land and division. It also created two narratives: one around Statehood and the other around Naga peoplehood.”
“So much honest discussion, truth speaking, healing, forgiveness and reconciliation are required around these historical events. But the trauma and wounds are still raw and sensitive, provoking the worst out of each other,” it said.
The FNR further stated, “It, therefore, is not surprising that the Indian State and its agencies with guile and statecraft have actively steered the Statehood narrative intensifying division and simultaneously normalising complacency and conformity among the Naga populace. But to what end? A divided Naga house is in nobody’s long term interest.”
(Page News Service)