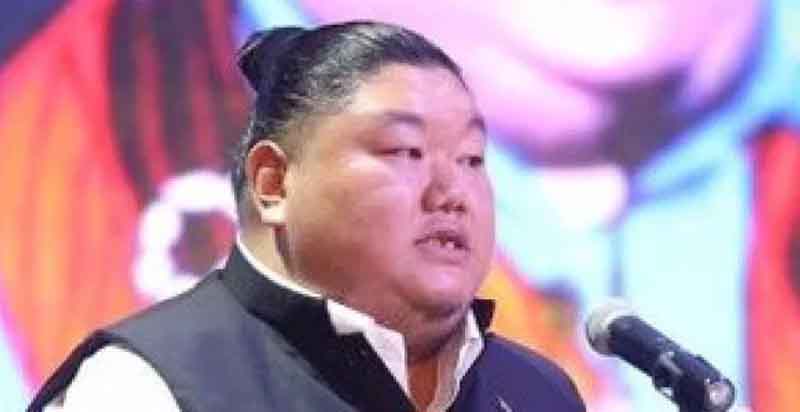 Dimapur, January 19: Minister of Higher & Technical Education and Tribal Affairs, Along Imna Longkumer on Sunday lamented the present trend of Naga society where only dreams are built but nothing in reality.
“We have become a society that build dreams only but not practically,” he said while inaugurating a swimming pool — the dream project of a mother-daughter duo that took more than 15 years to complete — at Fellowship colony here (near IMC Hall) on Sunday.
Stating that Nagaland today is in need of greater strength to build its people, he observed that Naga society comprehends too much but all ends up in dreams.
“We have become a people that wants shortcut. We have become a people that want everything immediate but not willing to work towards it. If our people keep on going the way we are going today than I am afraid, as a young man, for our people. It is like it’s going to be a dangerous state of affairs,” he remarked.
“We have youngsters, unemployed, young man with great physique not willing to dedicate one’s life to strengthen our people. On this blessed Sunday morning I call upon the people of Nagaland to really work hard”.
Along Imna said Nagaland should be known as a State where its human resource is its strength, from where great sportspersons will emerge — great swimmers, great archers, great runners, wonderful shooters, sportsperson of repute — where our people will be known by our hard work, not by our drunkenness, not by our laziness or not by the culture that we have imbibed today.
He insisted that the violent culture, the arrogant culture, the angry culture, the intolerant culture and the culture of division imbibed in us should all go away.
“It is a very deep felt appeal because one day we do want to have our State in the forefront of the nation. We want to see our Naga people prosperous, prosperous doesn’t mean only money,” he said, while calling upon the people to have vision and be willing to work for others. “That is goal that we aim to achieve among all Nagas,” he said.
Appreciating the efforts of the mother-daughter duo, Alila Yanger and Toshirenla Ao, whose dedication and zeal led to the completion of the swimming pool sanctioned in 2003, Imna Along, who revealed that he is a very good swimmer, said, “I wish that all the Nagas would be zealous like them and not jealous. Words are inadequate to say one’s appreciation. In today’s time the greatest need of our people is the strength to build our people.”
Foundation stone of the swimming pool, built under the sponsorship of the Union Ministry of Development of North Eastern Region and State Department of Youth Resources and Sports and co-sponsored by Nagaland Youth Gymnastic Club, was laid in 2003 by the then Nagaland Governor Shyamal Datta.
“It is a dream come true”, said, Toshirenla Ao, the first Miss Nagaland and president of Nagaland Youth Gymnastic Club. She said in her pursuits her mom Alila Yanger was the inspiration behind all her success.
The swimming pool will be dedicated to the people of the State at a fee of Rs 250 per year per head. It will start functioning from May 2020. (Page News Service)