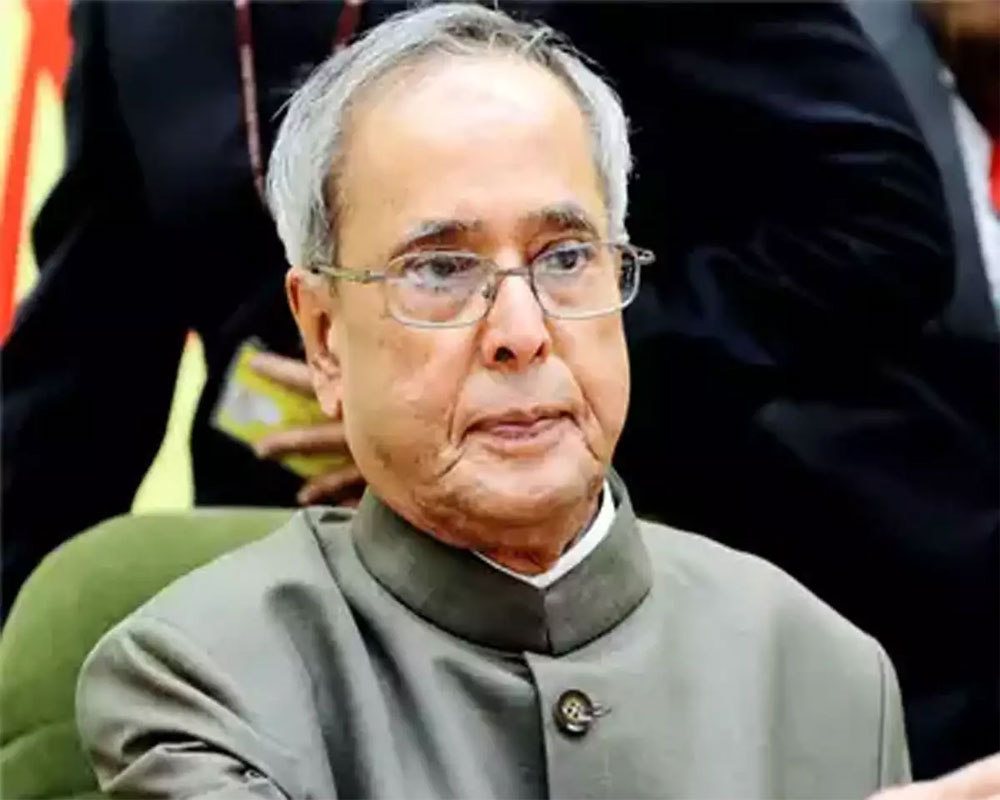 NEW DELHI, SEPTEMBER 1: Former President Pranab Mukherjee was a stickler for protocol. He stuck to not sidestepping procedure even if it meant turning down special requests, which could, in diplomatic subtext, be read as snubs. Consequently, there was a kerfuffle when he refused to visit the then Prime Minister of Turkey Tayyip Erdo?an during a visit to Istanbul in 2013.
Erdogan had suggested that Mukherjee call on him instead of the other way round.
“He was conscious of the fact that he was the President of India and the etiquette that had to be shown to his position could not be compromised. So when a senior officer of the Indian Foreign Service suggested that Mukherjee should put aside protocol and visit the PM; he was furious. He refused to call on the PM and asserted that the protocol of a PM calling on a President be followed. The officer got a dressing down for suggesting otherwise,” recalled Maj Gen Anil Khosla who served as Mukherjee’s Military Secretary.
Mukherjee’s visit to Turkey came after a 15-year long hiatus, where he held long meetings on India-Turkey relations. In 2017, he hosted Erdogan, now the President of Turkey at Rashtrapati Bhavan and hosted the customary official dinner known as the Banquet in honour of the visiting President and First Lady Emine Erdo?an.
This was not the only time a foreign dignitary was given a taste of the famous Mukherjee temper. In 2015, when the Secret Service, known for its unmoving and impenetrable security cover for the US President, arrived at Rashtrapati Bhavan with an invitation for Mukherjee to join United States President Barack Obama in his ‘Beast’ (the US presidential state car) , the answer was an emphatic and spontaneous “no”. Obama was the guest of honour at the Republic Day parade and, as per tradition, the two dignitaries were expected to show up for the regalia in the President’s car.
While the US authorities insisted on Obama travelling in the Beast that was specially flown to India; Mukherjee opted for the safety of his own Limousine.
“Eventually after a bit of back and forth, the two leaders travelled in separate cars and Obama reached a few minutes ahead of the President,” Khosla recalled.
The absolute adherence to protocol, to laid-down strictures was hallmark Mukherjee, said former bureaucrat Thomas Mathew, who served as his Additional Secretary.
Turning down mercy petitions had fetched the former President some unfavourable and uncharitable remarks by the commentariat. Those opposed to the death penalty, in particular, made snide remarks on social media. After he turned down the mercy pleas of Ajmal Kasab, accused of carrying out the attack of 26/1 and Afzal Guru, who was convicted for his role in the 2001 Parliament attack, they alleged that the President had turned the Mughal Garden into a hanging garden.
“He wanted to be kind and he wanted to ensure that there is justice. If there were issues where he felt that the case had been considered in depth by the Supreme Court, he did not want to interfere. But in cases where he felt that the Supreme Court had looked at it legally and human accentuating factors had not been considered; and because of the authority vested in him to consider such cases by the Constitution, even after the Supreme Court had given its decision, he gave it to the Home Ministry for further consideration,” Mathew said.
During his presidency, Mukherjee cleared petitions that had been pending from 2000; rejecting 28 of the 32 mercy petitions.
“While officials or politicians not knowing their history or facts would rile him; what upset him the most was not being able to complete his walk. He used to set a target to cover a certain distance in a specific time frame, and even if he missed it by a minute, he would be in a foul mood for slowing down,” Khosla said. (Courtesy: HT)