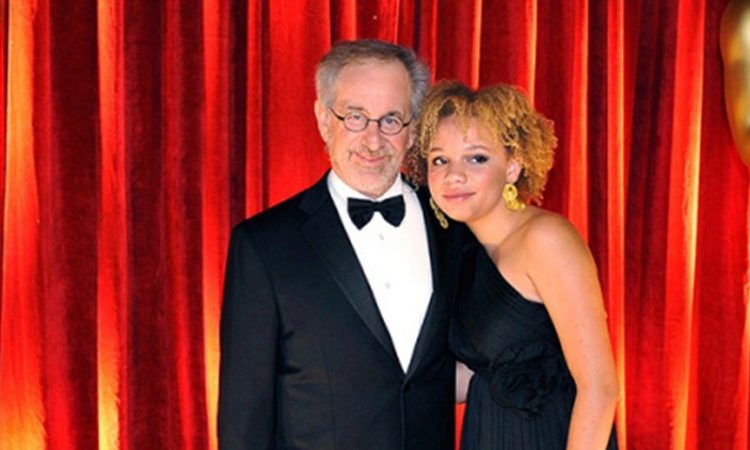 Steven Spielberg and Kate Capshaw’s daughter Mikaela has announced her career as an adult entertainer, The Sun reported.
In an interview with the publication, the 23-year old said that she has started self-producing adult videos and wants to land a job as a stripper after she obtains her sex worker license.
Mikaela Spielberg, who has chosen the stage name Sugar Star, was adopted by Steven and Kate in 1996. She told the publication that her parents were “intrigued”, but “not upset” by her choice.
She told The Sun, “I’ve always been a very sexually natured person, which has gotten me in trouble before. Not in a predatory way, but just in the sense that people here in the South might not yet be comfortable with that. My main hope is just that I get somewhere lucrative enough to where I’m not tied down financially by things. And then I can really start saying to people there’s nothing wrong with me using my body in a way that feels comfortable to support myself.”
“I can’t stay dependent on my parents or even the state for that matter – not that there’s anything wrong with that – it just doesn’t feel comfortable for me. This isn’t like an ‘end of the road’ or ‘I’ve hit bottom’ choice. This is a positive, empowering choice, I realized there is no shame in having a fascination with this industry and wanting to do something that is safe, sane, consensual,” Mikaela shared.
Mikaela Spielberg admitted that she was struggling with alcoholism but is in a better place now. “I’m in a good place right now, but we all have relapses. Being open in this way and sharing my story and choosing this career is not a relapse for me. I actually feel very grounded and validated right now,” Mikaela told The Sun. She has previously been quite open with her mental health issues including borderline personality disorder.
Mikaela also admitted to being abused by “predators” in her growing up years but pointed out that those men were not from her family or their circle of friends but outsiders.
Mikaela Spielberg also spoke about her parents Steven Spielberg and Kate Capshaw in the interview with The Sun. She said, “My safety has always been a number one priority for them. I’m doing this, not out of an urge to hurt anybody or be spiteful about it, I’m doing this because I want to honour my body in a way that’s lucrative.” She added, “They are some of the least spiteful people I know. I love them so deeply.”