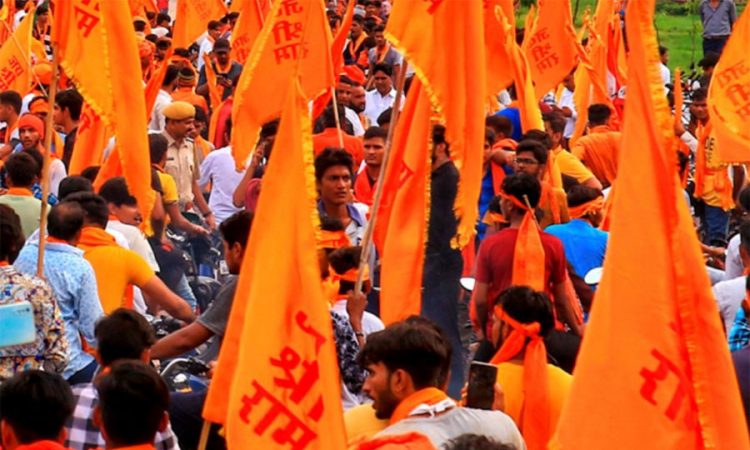 GUWAHATI, December 5: Assam’s Cachar district authorities filed a case suo moto against a local unit of Bajrang Dal which issued a diktat, asking Hindus not to visit the churches in the district during Christmas or face dire consequences.

“If any Hindu in Cachar is found visiting a church on this Christmas, he or she will face dire consequences,” Bajrang Dal’s district general secretary Mithu Nath warned.
The right-wing organisation’s threat is the apparent fallout of the recent locking up of the main gate of Vivekananda Cultural Centre in Shillong, the capital of Christian-majority Meghalaya, by the miscreants. The centre, which imparts advanced computer education to students, is a property of the Ramakrishna Mission.
“Why should we go and celebrate with them when they are locking up our temples in Shillong? No Hindu will visit a church this Christmas. We will make sure nobody can do so,” Nath said.
He implicated Meghalaya’s Khasi Students’ Union (KSU) in the Shillong incident. Cachar District Magistrate Keerthi Jalli said, “A case has been filed suo moto (in connection with the Bajrang Dal threat)”.
The Christian population in Cachar is estimated to be a few thousand. There are some churches in Silchar, the district headquarters. One of them is the Oriental School, housed on the premises of a church. A lot of Hindus visit the church on Christmas day every year.
The relationship between tribals and Bengalis in Shillong and its adjoining areas strained following an incident of violence that occurred in Meghalaya’s East Khasi Hills in February at the end of a meeting which the KSU had organised to discuss the Citizenship (Amendment) Act. (Courtesy: TNIE)