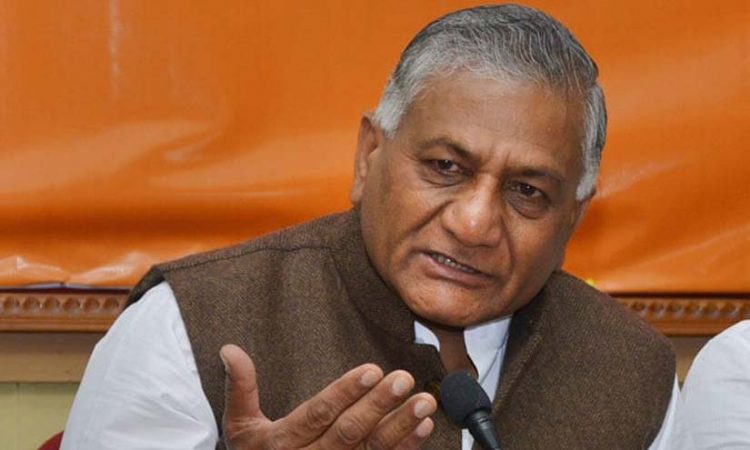 KOLKATA, SEPTEMBER 11: In a bid to increase air traffic and domestic connectivity, the value-added tax (VAT) charged on the aviation turbine fuel by States need to be reduced, said General VK Singh, Minister of State, Ministry of Civil Aviation, and Road Transport & Highways.

Addressing a virtual seminar on the near future of the civil aviation sector in India, organized by the Bharat Chamber of Commerce (BCC), Kolkata, the Minister said “Civil aviation in India will continue to experience meteoric growth.”
Commenting on the issue of poor air connectivity in the East and Northeast India, General Singh informed that considerable measures have already been initiated through expansion of air space and development of supporting infrastructure, and assured that within the next 2 years the scenario will improve substantially in these regions.
General Singh claimed that in order to increase air traffic and domestic connectivity, the VAT charged on aviation turbine fuel by individual States need to be brought down. “The Centre has held talks with the State Governments and has requested them to reduce their rates which are sometimes as high as 30%”, he stated.
Ramesh Kumar Saraogi, president, BCC, observed, “The demand to move aviation turbine fuel (ATF) under the GST regime has been on for years together with the demand for a flat rate of taxation across the country. However, neither has happened and in view of the rising fuel prices, it is causing more pain for the airlines than ever before.”
Speaking on the policy perspective, General Singh informed that the Central Government has eased rules to attract more maintenance, repair and overhaul (MRO) companies into the business by incentivising them. In this context, he informed that the Centre has waived off lease rent for airliners and other service providers so that a long term engagement spanning 10 to 15 years can be attained.
Responding to a query on how micro, small and medium enterprises (MSMEs) can be utilized in the civil aviation sector that would also generate jobs, the Minister stated that the Centre is considering creating a convergent ecosystem for manufacturing aircraft engines and other equipment that will cater to the needs of both the civil and defence aviation industries.

“The Ministry has already instructed HAL to identify the opportunities of participation in this regard whereby local MSMEs will be encouraged to contribute enthusiastically,” he added.
Saraogi also emphasised the need to create policies that will enable the creation of MSME clusters with quality infrastructure and building capabilities to support the MROs.
(Courtesy: TS)