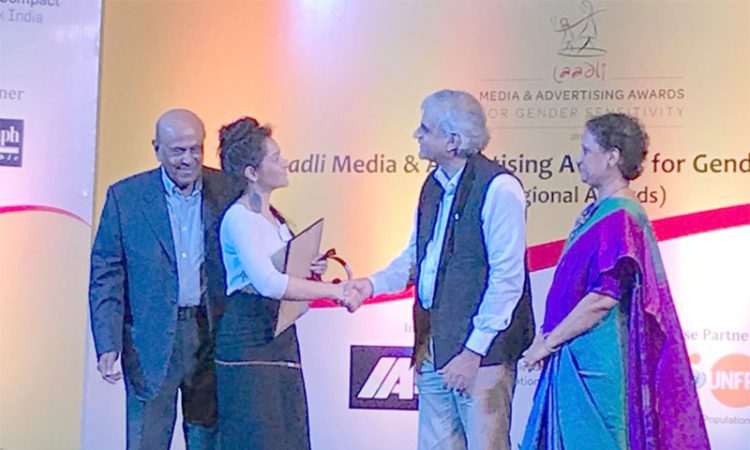 Dimapur, September 14: Special reporter of The Morung Express, Aheli Moitra on Friday received the Population First – Laadli Media and Advertising Awards 2017 (Regional Awards) for Best Feature-Print Category.
Aheli was honored for her outstanding effort in highlighting gender concerns for the feature story, “How a Village in Phek District Revived Millets and Became Gender Wise.” She was chosen by the jury “for highlighting the role of women in transforming agrarian economies.”
The 9th edition of the Laadli Award was held at United Services Institute of India, New Delhi on September 14.
Aheli was amongst the 82 media professionals honoured for their outstanding effort in highlighting gender concerns from across the country in 13 languages. The awards were presented by P Sainath, a renowned development journalist, founder editor of People’s Archive of Rural India and Magsaysay Award winner along with other leaders from medial and development sector.
(Page News Service)