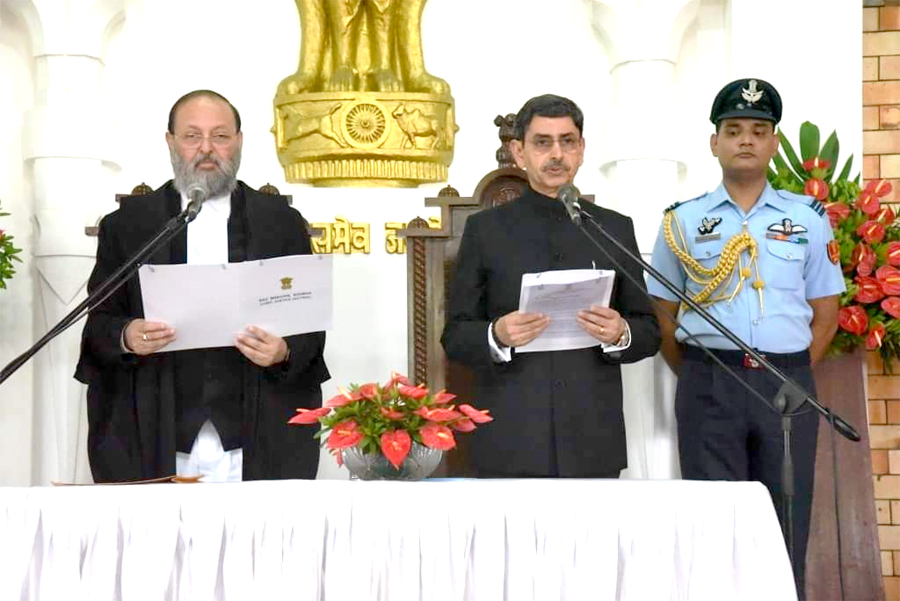 Kohima, January 18: Governor R N Ravi said the overall law and order situation has been generally peaceful but there are still anti-social elements who are on the prowl.
Addressing the Assembly, Ravi said there have been instances of people, especially business and construction activities, being intimidated or subjected to extortion threats by various anti-social elements. His assertion has come against the backdrop of reports of extortion by various Naga militant outfits which have hampered the on-going road construction, especially the four-lane highway from Kohima to Dimapur.
Recently the Governor had convened a meeting of State Cabinet and top officials to take stock of the reports of extortion on contractors by anti-social elements. On expected line, the Government put the blame on militants and anti-social elements for the slow progress of four-lane road.
Ravi said efforts are being made to ensure that people live and carry out their works in an atmosphere free of any fear and threat. “Towards this end, a Special Highway Construction Protection team has been set up by the Nagaland police. The team will specifically tackle extortions and kidnappings for ransom by armed groups on construction companies and contractors,” he said. Also a Special Task Force of NAP has been raised comprising of six platoons for containing extortion, illegal activities and for other operational exigencies of the State.
Recently the Governor also called on Prime Minister, Narendra Modi and Roads & Surface Transport Minister, Nitin Gadkari and apprised them of the prevailing situation in the state.
Beat patrolling under police modernization has also been
launched in Dimapur by strengthening the beat patrolling system with integration of modern gadgetry in traditional policing techniques, he said. Further to address the emerging challenges of cyber-crime against women and children a Cyber Crime Prevention Against Women and Children Lab has been set up at police training school Chumukedima, adding criminal activities emerging from and in Dimapur is effectively controlled.
Ravi also highlighted various programmes and initiatives of the Government and urged the members to show a spirit of oneness and sincerity in deliberating upon all issues of public interest as well as the myriad challenges confronting the state in right earnest so that together they can contribute in guiding the state to a better more secure and prosperous future. (Page News Service)