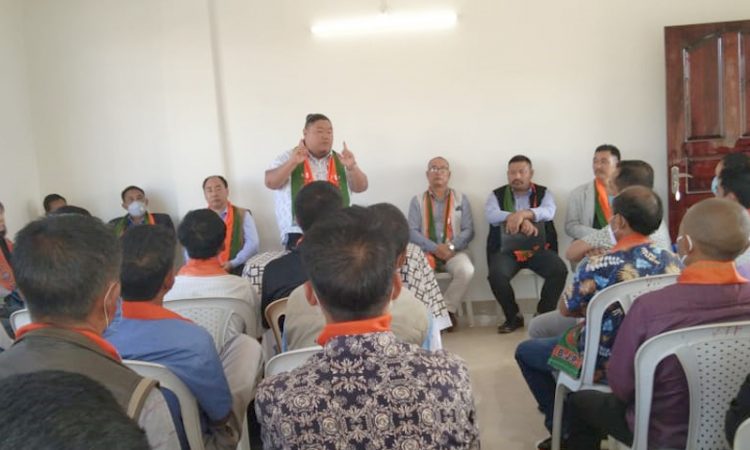 Dimapur, October 28: State BJP President, Temjen Imna Along convened a meeting with the District BJP Morcha and 60 Pungro-Kiphire Assembly Constituency Mandals on his arrival to Kiphire Town for election campaign.
The State President called upon all the party workers to work cohesively and remained steadfast in their visions to build a strong united front for the growth and progress of the State BJP Nagaland.
Temjen Imna also stated that the party workers have to be in the field working tirelessly and selflessly to ensure hundred percent victory to the PDA consensus candidate, Lirimong Sangtam – who is also the official BJP ticket holder.
He also expressed his heartfelt gratitude to all the ministerial team led by Deputy Chief Minister Y Patton, who is also the in charge for bye- election to the 60 Pungro-Kiphire Assembly Constituency; asserting that that their presence in the district has created a huge impact of political waves and has sent ripples across all the nooks and corners of the district as never seen before.
The meeting was attended by SOBs and other officials.
(Page News Service)