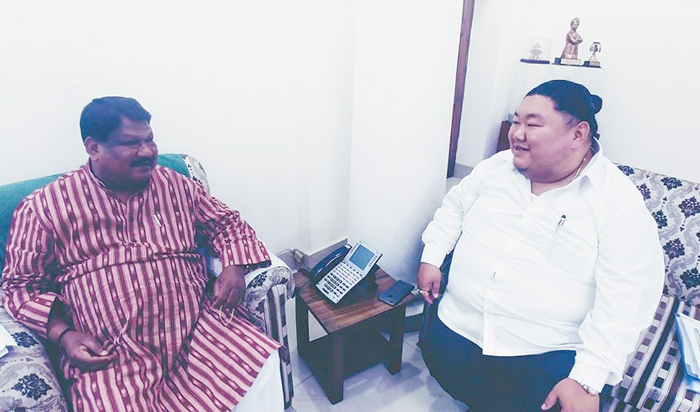 Mokokchung, January 16: Nagaland BJP president Temjen Imna Along Longkumer on Wednesday sought implementation of the National Register of Citizens (NRC) in the state of Nagaland.
“As BJP president NRC should be implemented in Nagaland,” the State BJP president, who is also a top State Cabinet Minister in the NDPP-led PDA Government was reported to have said at a programme to mark the 6th Longpok Semchir Telongjem Mungdang at Mokokchung on Wednesday.
On the Citizenship Amendment Bill, the State BJP chief said, “To safeguard the Naga people against any infringement we should strengthen the roots of our tradition and culture beliefs and practices.”
“Safeguarding the traditional and cultural identity in the midst of any Bill is more important because it is the best way to be identified,” he added.
The BJP president also lamented that the rich cultural heritage left behind by our forefathers is rapidly disappearing and many youngsters do not know about their cultural background.
“The clash of ideologies is occurring because the young generation learn knowledge from books but they forget their cultural heritage,” he rued, while calling upon the young generation know and learn about where they come from and preserve our cultural heritage. (Page News Service)