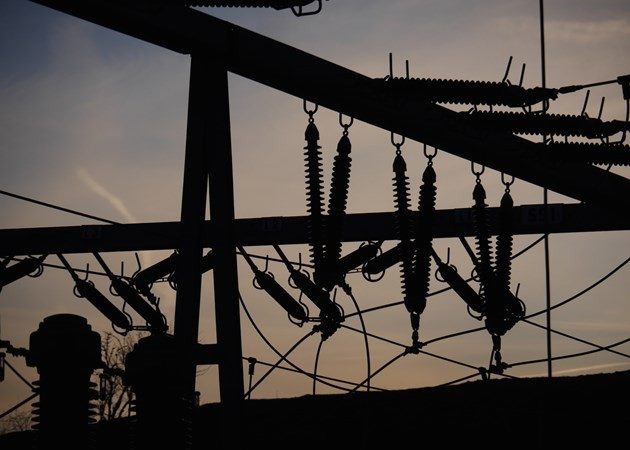 Dimapur, May 3: The State Power Department is under tremendous pressure due to overloading and frequent fluctuations in power supply since January 2019. Consumers are ventilating their grievances and anger by incessantly calling the power complaint (control) room every day, which mostly go unanswered. The calls are unending but there is no respite.
Nagaland Page tried to find out the reasons for such long period of load shedding and power cuts in Dimapur and had a detailed discussion with power department authorities.
It was learnt that the Power Department, Dimapur Division is channelizing all effort and resources to complete the Centre’s Integrated Power Development Scheme (IPDS) in the district. Once it is completed, the department is optimistic that Nagaland will be free from power related issues.
The IPDS aims to revamp the existing electricity distribution system which has been accorded priority by installing new transformers and upgrading the overloaded ones, replacing the old poles and metering, fully fledged renovation of 2 major sub-stations and strengthening of 11Kv distribution lines.
Talking to Nagaland Page, Sub Divisional Officer (Electrical Sub Division Dimapur 1), En. N. Khate revealed that the fluctuation in power supply in Dimapur on April 20 last was due to overloading of the Metha Colony feeder.
He said the department is alternatively using one feeder after the other to contain the problem and serious efforts are being taken to ease the flow of power supply by bringing in technicians and working out the technical modalities, which, he said, was cumbersome.
“There were some technical problems with the new set up and I personally tried to get it rectified but had to finally call technicians from outside the state on May 1 and had resolved the issue,” he said.
He enthusiastically said, “Now the issue has been resolved and there won’t be any power cuts for time being. The load balance at Metha Control Room was adjusted and the power supply is stable as of now unlike few days earlier where there were lots of fluctuations”.
When enquired about the IPDS status in Dimapur, Eng. Khate lamented that the construction for the overall fitting of new electric poles under the Integrated Power Development Scheme in Dimapur was supposed to be completed nearly couple of months back, but the two turnkey contractors who were allotted the work order for Dimapur district were not able to complete the work before the specified period.
“Due to the delay in their work completion, the project is facing delay and we are unable to proceed ahead. Many works remains to be done,” he added.
Asked to spell out the reasons for the failure of the two turnkey companies involved in the execution of the fitting of the new electric poles within Dimapur, En. Khate said, “Since last three months I have been pressurizing them to complete the sanctioned work order within the time frame but they cited lack of manual labours and so the stretch is still not completed”.
He further stressed that in Kohima district, the same construction and fitting of the poles was successfully completed by the turnkey contractors.
An official on condition of anonymity remarked, “One is bewildered on hearing that the turnkey contractors fought for the work orders but after they received the orders, they delayed the completion of the project, here they had been citing lack of manual labours for the failures”.
“Its sheer negligence and unprofessionalism displayed by the contractors involved”, he added.
He further asserted, “If the concerned construction companies who are big enough are not able to dutifully complete the assigned work in time, then they should not have stepped in the construction sector. It’s highly competitive in other parts of the world but in Nagaland its ‘khushi khushi’ as usual. No accountability and they do not seem to bother”.
On power theft in Dimapur which is being deliberately done in Dimapur by the big and the marginalized sections of the society, En Khate said, “The present electric meter introduced in 2018 is a digital one unlike the old ones and tampering it is next to impossible”.
“Even attempting to tamper it will be futile”, he added.
When enquired about the functioning of the Anti Power Theft Mobile Squad (APTMS), Khate asserted that the APTMS is dutifully doing its duty and very often raids are being conducted in several pockets of Dimapur to check whether the meters are tampered or not. The menace of rampant power theft and tampering has been drastically reduced”.
“No defaulter found indulging in power theft is being spared despite the society being closely knitted, we are sparing none and fines are imposed on defaulters’, he added. (Page News Service)