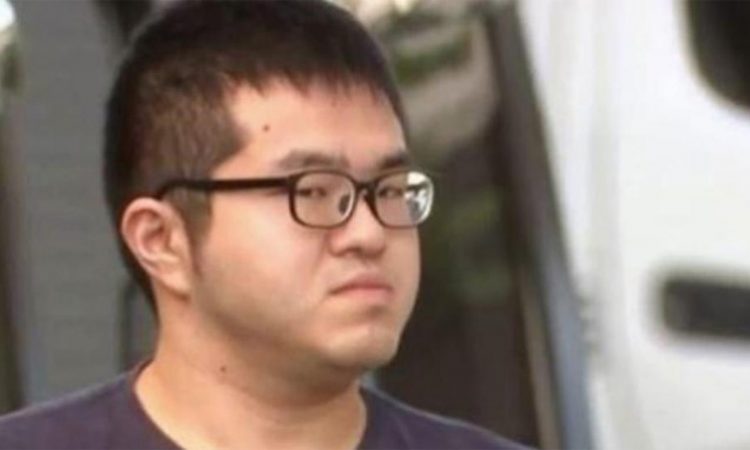 An obsessive stalker has sexually assaulted a Japanese pop star after he tracked her down from a selfie she posted online.
The man, who has been named by authorities as Hibiki Sato, said he found Ena Matsuoka after identifying the train station reflected in her eye from a selfie she uploaded.
Sato, 26, then waited for the pop star at the station in question until she appeared and followed her home on September 1.
He then allegedly proceeded to molest her at her front door after approaching her from behind, placing a cloth over her mouth and dragging her to a dark corner, injuring her in the struggle.
He told police after his arrest on Tuesday that he had been a huge fan of the 21-year-old ‘Japanese idol’ and had tracked down her local station after closely inspecting her social media photos.
By zooming into the image of her eye and with the help of Google Street View, he was able to discern the name of the station where she commuted from.
He told police he meticulously studied seemingly trivial details in videos the woman shot in her apartment, such as curtain placement and the direction of natural light entering the window, to work out which building she lived in, according to CBS News.
Shuichiro Hoshi, a professor at Tokyo Metropolitan University and expert on digital stalking, told the Tokyo Observer that the improved quality of smartphone cameras are putting social media users at greater risk.
‘The risk of a so-called “digital stalker” is on the rise,’ he said.
This is not the first time female Japanese pop stars have been attacked by obsessive fans.
In 2016, Japanese pop star Mayu Tomita was left fighting for her life after being stabbed more than 20 times by a crazed fan who ‘lost his temper’ after she returned a watch he had sent her as a gift.
The 20-year-old was about to go on stage at a concert in Koganei, a city in Tokyo, when Tomohiro Iwazaki attacked her in May 2016.
The 27-year-old assailant told police he lost his temper with the singer because she returned a watch he had previously sent her.