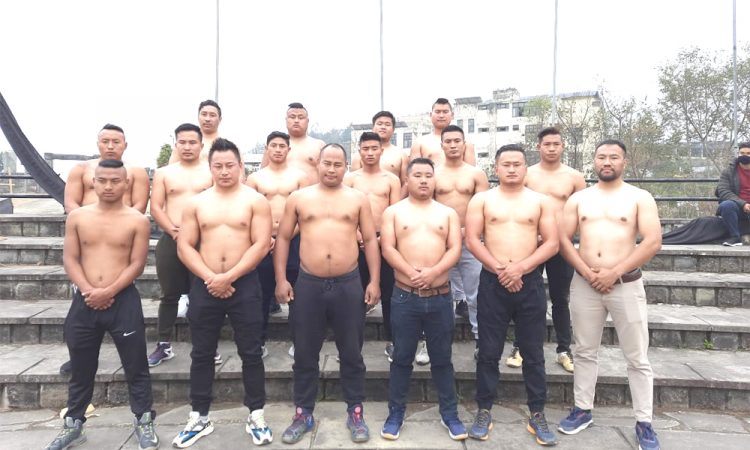 Aspiring wrestlers of NagaWrestleMania 8 - King Of The Ring Championship pose for lens at the venue in Solidarity Park Kohima on February 27, 2020.

Kohima, February 27: The stage is all set for the 3E Nagaland organised invitational NagaWrestleMania 8 – King Of The Ring Championship 2021, under the aegis of Nagaland Wrestling Association (NWA) at Naga Solidarity Park, behind Civil Secretariat here from 3PM onwards on Saturday.