HomeInfotainmentSRK: ‘I am a Muslim, my wife is a Hindu and my kids are Hindustan’
Infotainment
1 year agoNo tags 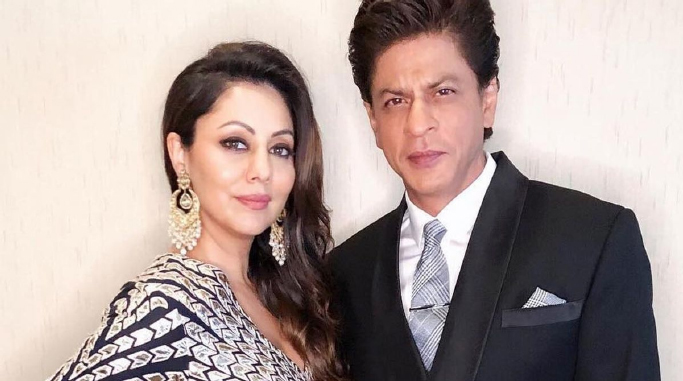 Shah Rukh Khan has once again reiterated that religion is not discussed at his house, adding that his children write “Indian” in forms where they need to mention their religion.
During his visit to the sets of Dance Plus 5 that was aired Saturday night, Shah Rukh said, “Humne koi Hindu-Musalman ki baat hi nahi ki. Meri biwi Hindu hai, mai Musalman hoon. Aur mere jo bacche hain, wo Hindustan hain.” Everyone clapped as he continued, “Jab wo school gae to school me wo bharna padta hai ki religion kya hai. To jab meri beti choti thi, usne aa ke pucha bhi mujhse ek baar, ‘papa hum kaun se religion ke hain?’ Maine usme ye likha ki hum Indian hi hain yaar, koi religion nahi hai. Aur hona bhi nahi chahiye. (We have never discussed Hindu-Muslim. My wife is Hindu, I am a Muslim and our kids are Hindustan. When they went to school, they had to write their religion. My daughter came to me once and asked ‘what is our religion?’ I simply wrote in her form that we are Indian, we do not have a religion. )
SRK has often insisted that religion is not imposed inside his house and they celebrate all festivals. Talking about his kids, SRK had earlier said, “I gave my son and daughter names that could pass for generic (pan-India and pan-religious) ones – Aryan and Suhana. The Khan has been bequeathed by me so they can’t really escape it.”
About his own religion, Shah Rukh had said, “I’m not religious in terms of reading namaz [prayer] five times but I am Islamic. I believe in the tenets of Islam and I believe that it’s a good religion and a good discipline.
After his films, Imtiaz Ali’s Jab Harry Met Sejal and Aanand L Rai’s Zero, failed to do well, SRK is yet to announce any film post the debacle of Zero. Nonetheless, he has a few production ventures including Abhishek Bachchan’s Bob Biswas, which went on floors earlier this week in Delhi.