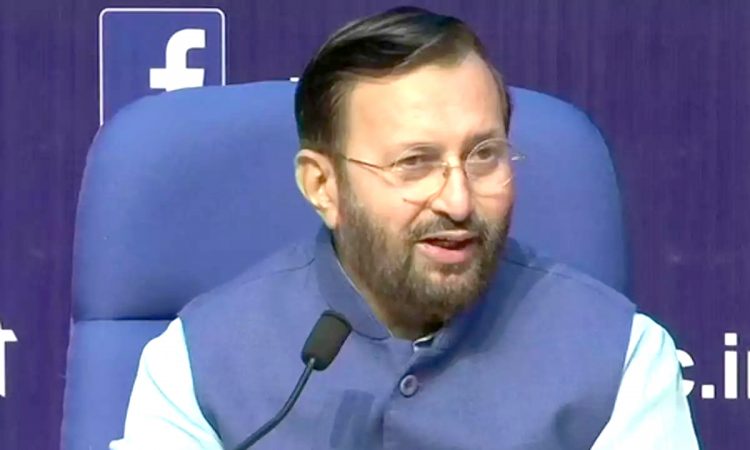 PUNE, February 7: Union Minister of Information and Broadcasting Prakash Javadekar on Sunday said that he always wanted press freedom but the media should also be responsible for its work.

Citing the example of a “misreported” incident of Republic Day violence during the tractor rally by farmers, Javadekar said that spreading rumours is not a part of press freedom.
Addressing a programme, the Union Minister said: “I being its minister always wants media freedom. It is free and should always be maintained freedom. But they should also be responsible for their work.”
“The farmer who has died due to an accident during the tractor rally on Republic Day, a famous reporter tweeted that he has died due to a bullet firing by the police. Is this the freedom of the press? It is something that disturbs the peace in the country. Spreading rumours is not part of press freedom,” he said.
The Minister advised the media to check the facts and comment. “If anybody criticises government we never oppose them we welcome it,” he said.
Talking about the ‘toolkit’ case, the Minister said that we got to know the complete plan of those organisation how they were planning to defame India, we have received the whole data of it.
“India is a strong nation no such conspiracy will affect us. But how people do conspiracy how they rope people inside and outside the country we got to know every information through that (Tool Kit),” he added.
According to Delhi police, the Toolkit account was being run by a group of Khalistanis. They had decided to conduct a digital strike post the Republic Day incident.
On January 26, protestors broke barricades to enter New Delhi and clashed with police in several parts of the national capital during the January 26 ‘tractor rally’ protest organised by farmers. The protestors also entered the iconic Mughal Era monument Red Fort and unfurled their flags from its ramparts.

Farmers have been protesting at different borders of the national capital since November 26 last year against the three newly enacted farm laws: Farmers’ Produce Trade and Commerce (Promotion and Facilitation) Act, 2020; the Farmers Empowerment and Protection) Agreement on Price Assurance and farm Services Act 2020 and the Essential Commodities (Amendment) Act, 2020. (ANI)