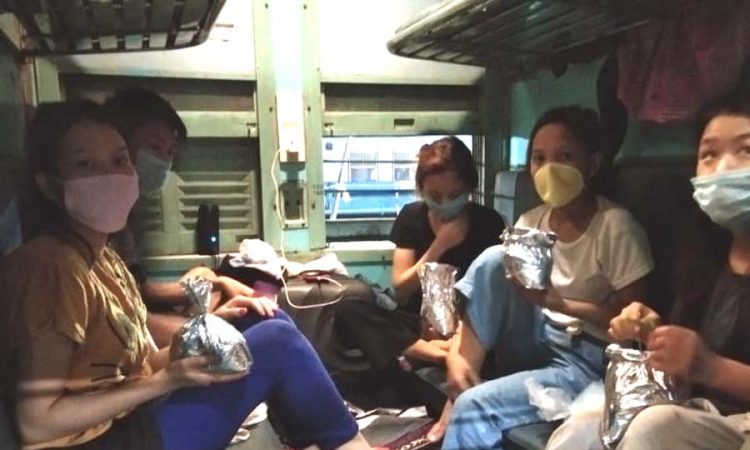 Migrants disturb special train from Gururgram-Dimapur
Dimapur/Kohima, May 24: The special train carrying 426 stranded citizens of Nagaland is running late and is expected to arrive Monday morning. The train was scheduled to reach Dimapur on Sunday.
“The Special Train carrying about 426 stranded citizens of Nagaland is now expected to arrive at Dimapur tomorrow morning,” informed State Principal Home Secretary Abhijit Sinha, IAS in his daily briefing on Sunday.
Earlier on Sunday, the special train from Gurugram in Haryana was reportedly disturbed by stranded migrants waiting to go to their respective homes.
Nagaland Chief Secretary Temjen Toy confirmed that some stranded migrants waiting to move to their respective areas forcefully barged into the special train meant for North East people.
He said the train currently on the way from Gurugram is arranged by the Government of Haryana for the return of people from North East and not by Nagaland Government.
He said unfortunate incident happened at Bihar but as soon as the Nagaland government got information it got in touch with the Bihar government while Railway Police Force were engaged to and things were brought under control and they are on the way.
On the delay of the train in reaching Dimapur while it was scheduled for early Sunday morning, Toy said that besides the unfortunate incident there are problems of congestion on the route in Bihar sector and now they would reaching only Monday morning only as the trained is delayed by almost 24 hours.
On the update about the Naga girl who died due to ill-health in the same train on Saturday while her body and two companions were deboarded at Kanpur, Toy said that all formalities have been completed and they are returning by road in government arranged ambulance.
Meanwhile, the Karyakartas of Seva Bharati provided snacks and water to the passengers of the train at Katihar Railway Station and had planned to provide dinner at NJP Railway Station. (Page News Service)