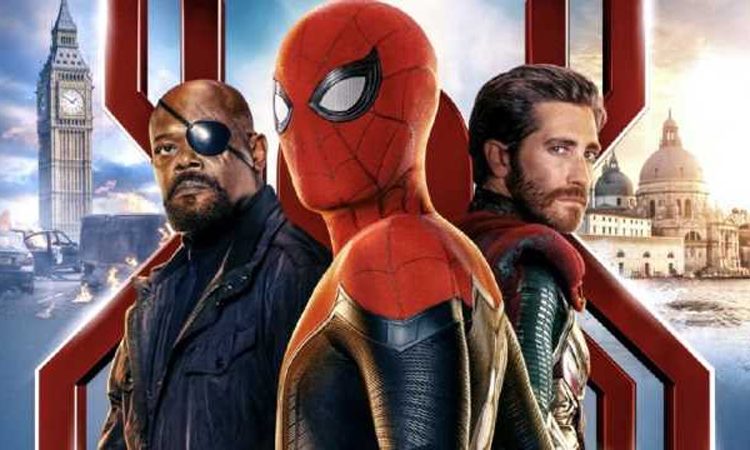 It’s official. Tom Holland’s Spideys the most popular one in India. Spider-Man: Far From Home has become the highest-grossing Spider-Man movie in India ever. So far it has grossed Rs 84.83 crore. It released on July 5.
Worldwide, too, the film swung past the 1 billion dollar mark. It is the first Spider-Man film to do so.
Spider-Man: Far From Home, the sequel to 2017’s Spider-Man: Homecoming, is helmed by Jon Watts. Apart from Holland, the film also stars Samuel L. Jackson, Zendaya, Cobie Smulders, Jon Favreau, J. B. Smoove, Jacob Batalon, Martin Starr, Marisa Tomei and Jake Gyllenhaal.
Trade analyst Taran Adarsh tweeted, “#SpiderManFarFromHome emerges the highest grossing #SpiderMan film in #India… Also, has swung past $ 1 billion mark at the worldwide boxoffice… [Week 4] Fri 15 lacs, Sat 39 lacs, Sun 47 lacs. Total: ? 84.83 cr. India biz. All versions.”
Far From Home is the first MCU film after Avengers: Endgame. It is a hit among critics as well. Its Rotten Tomatoes score is 90 per cent and the consensus is: “A breezily unpredictable blend of teen romance and superhero action, Spider-Man: Far from Home stylishly sets the stage for the next era of the MCU.”
The Indian Express film critic Shalini Langer wrote in her 3.5 star review, “Director Watts, who also wrote and directed the 2017 Spider-Man: Homecoming, knows that he has a winner on his hands with the awkward Holland playing an even more awkward Peter-in-love, and with the charming Zendya as crusty MJ and the brilliant Batalon as his best friend Ned making a winsome threesome.”
“Ned gets his own parallel adorable love story, and while he may be the overweight sidekick and she the straight-A, good girl, their relationship is not played just for laughs. Far From Home’s best moments come when it sticks to Peter’s school group, including two hapless teachers and many teenagers with different interests (plus one hunk with a crush on MJ),” she added.