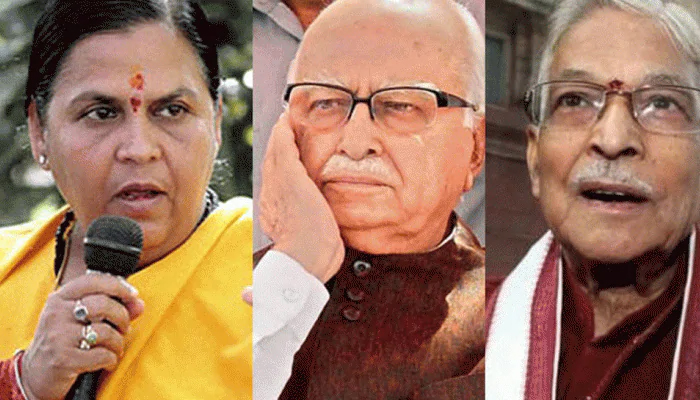 Lucknow, September 16: A special CBI court hearing the Babri mosque demolition case will pronounce its judgment on September 30. Special CBI court judge SK Yadav has directed all accused to remain present in the court on the day of judgment.
Prominent among the 32 accused are former deputy prime minister LK Advani and BJP leaders M M Joshi, Kalyan Singh, Uma Bharti and Vinay Katiyar. CBI counsel Lalit Singh said that arguments of the defence and prosecution concluded on September 1 and thereafter the special judge started writing the judgment.
The CBI has produced 351 witnesses and about 600 documentary evidence before the court. The Babri mosque in Ayodhya was demolished by karsevaks on December 6, 1992.
The Supreme Court had earlier given the CBI Special Court hearing the Babri Masjid demolition case time till 30 September to deliver its verdict.
It may be noted that an earlier deadline for judgment had expired on 31 August.
“The special CBI court that is hearing the Babri Masjid demolition case should complete the trial and deliver its verdict by September 30,” the Supreme Court had said.
In 2017, the top court had directed the trial court to conduct day-to-day hearings and finish the trial in two years. (Agencies)

Covid vaccines for those above 60 and over 45 with comorbidities from March 1: Government

Mamata writes to PM, requests him to help Bengal get vaccines for people before polls