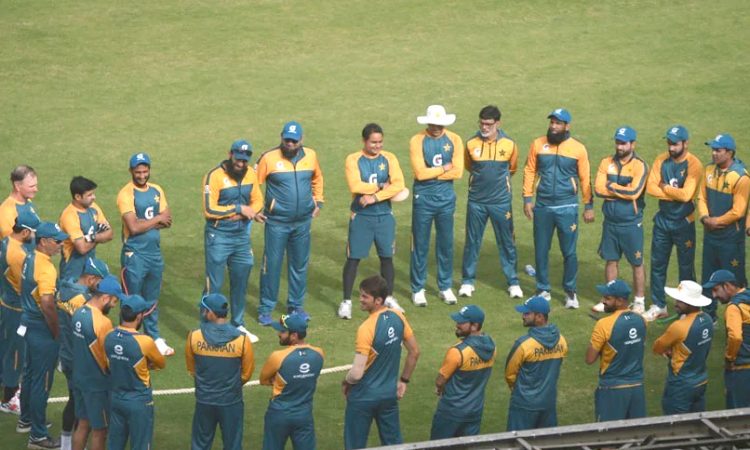 The Pakistan cricket team gather before a practice session in Karachi.

Islamabad, January 24: South Africa will play their first Test in Pakistan for 14 years this week, a match being described as a “monumental moment” for the revival of international cricket in the country. The match in the port city of Karachi starting Tuesday marks a significant vote of confidence for Pakistan where international cricket was suspended following a terrorist attack on the Sri Lanka team’s bus in Lahore in 2009. Foreign teams refused to tour the terror-hit country on security fears and it was only in the last six years that Pakistan hosted limited-over series before Test cricket was revived for the first time in a decade with the visit of Sri Lanka in December 2019.

A tight security cordon has been thrown around the venue and Pakistan Cricket Board chief executive Wasim Khan said South Africa’s visit was significant.
“These are very exciting times for fans and supporters,” said Khan.
“I would say that it’s a monumental moment that South Africa is here after 14 years and everybody is looking forward to the matches.”
England have also agreed to play two Twenty20s in October on their first trip to Pakistan since 2005, to be followed by New Zealand and the West Indies for white-ball series.
If all go untroubled, then Australia will arrive for Tests and one-day matches next year, having not toured Pakistan since 1998.
“We have an exciting year ahead of us as our efforts are bearing fruit,” said Khan, a former England county player and ex-chief executive of Leicestershire.
Unknown conditions
On the field a dominant South Africa — having won 15 of the 26 Tests between the two teams with four losses and seven draws — will take on a new-look Pakistan with Babar Azam making his Test captaincy debut.
It will be a dream come true for Azam, who was a ball boy during South Africa’s last tour in 2007, but he faces a task to lift Pakistan after being swept 2-0 in Tests in New Zealand in the past month.
Azam is back to full fitness after missing the New Zealand tour with a fractured thumb and leads an inexperienced 20-man squad with nine players yet to play a Test.
One of the uncapped spinners, Nauman Ali and Sajid Khan, is expected to win their first cap partnering seasoned leg-spinner Yasir Shah.
South Africa captain Quinton De Kock, whose team blanked Sri Lanka 2-0 at home in their recent series, said he expects spin to be a big factor.
“Those selections say a lot about where they want to go and how they want to prepare these wickets,” said De Kock, who has left-armer Keshav Maharaj as his frontline spinner.
De Kock cautioned that none of his squad have played in Pakistan before.
“Our biggest challenge would be the conditions that we could face because they are unknown to us,” he said.
Head coach Mark Boucher did tour Pakistan as a player three times — 1997, 2003 and 2007.
“I think Mark Boucher and one or two other guys who have played here would keep us updated and guide us,” said De Kock.
The second Test is in Rawalpindi from February 4-8 followed by three Twenty20 internationals in Lahore on February 11, 13 and 14.
The coronavirus pandemic means all the matches will be played without fans in attendance. (AFP)
Pakistan (from): Babar Azam (capt), Abid Ali, Abdullah Shafique, Imran Butt, Azhar Ali, Fawad Alam, Kamran Ghulam, Salman Ali Agha, Saud Shakeel, Faheem Ashraf, Mohammad Nawaz, Mohammad Rizwan, Sarfraz Ahmed, Nauman Ali, Sajid Khan, Yasir Shah, Haris Rauf, Hasan Ali, Shaheen Shah Afridi, Tabish Khan
South Africa (from): Quinton de Kock (capt), Temba Bavuma, Aiden Markram, Faf du Plessis, Dean Elgar, Kagiso Rabada, Dwaine Pretorius, Keshav Maharaj, Lungi Ngidi, Rassie van der Dussen, Anrich Nortje, Wiaan Mulder, Lutho Sipamla, Beuran Hendricks, Kyle Verreynne, Sarel Erwee, Keegan Petersen, Tabraiz Shamsi, George Linde, Daryn Dupavillon, Marco Jansen. 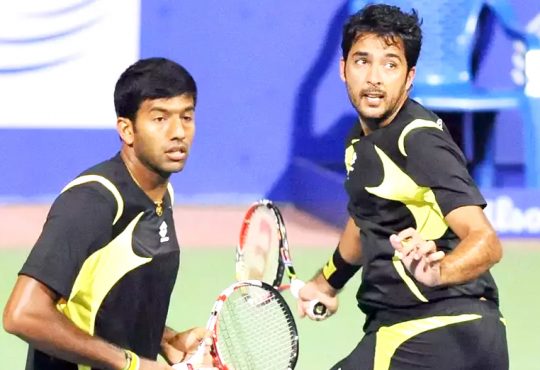