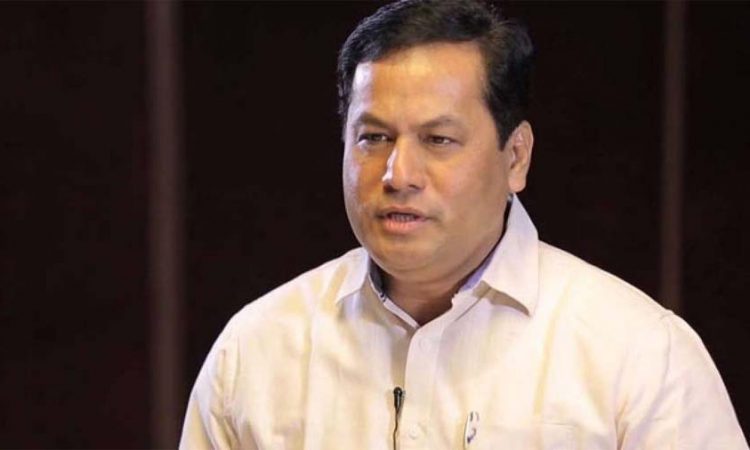 Guwahati, January 19: Assam Chief Minister Sarbananda Sonowal on Tuesday distributed Rs four lakh fixed term deposit certificates to each of the 1279 surrendered NDFB militants of all the four factions at a function here.

Altogether 1615 National Democratic Front of Bodoland (NDFB) cadres will be provided with the financial aid out of which 1279 got the certificates Tuesday and the remaining will receive it after completion of the necessary process.
The chief minister, while addressing the surrendered militants at the programme organised by the state Home department and the Assam police, urged them to make a fresh start in life.
NDFB activists belonging to Ranjan Daimary group and that of the NDFB-Progressive,NDFB-Dhiren Boro faction and the NDFB-Saoraigwra faction had bade farewell to arms and signed the Bodo Accord in January last year.
The chief minister assured them that the central and the state governments, Bodoland Territorial Council (BTC) administration and the people would always extend their support in this endeavour.
He also called on them to utilise the financial assistance judiciously and said that fixed term deposit certificates provided would enable them to take bank loans for agriculture, livestock farming, setting small industries etc apart from taking advantage of the various government schemes.
Sonowal assured them that necessary directions would be given to the banks from the administration for the purpose, while skill development training would also be provided to them.
He also remarked that historic Bodoland Territorial Region accord signed in January last year had generated a lot of hope among the people of Assam.
He thanked Prime Minister Narendra Modi and Union Home Minister Amit Shah for bringing the accord to fruition and reiterated the state governments commitment towards timely implementation of the pact.
The chief miister also informed that the state government has already given written submission in the Gauhati High Court for reducing the pending cases against the surrendered militants according to laws so that they can live a life of dignity.
He further said that the judiciary has been requested to set up a special court for speedy disposal of the cases.
Sonowal also informed that the state government has already taken decision to bring the militants and their family members under Atal Amrit Abhiyan for providing medical treatment.
Bodoland Territorial Council Chief Pramod Bodo thanked the centre and the state governments for showing respect towards the three decades long struggle of the Bodos for safeguarding their identity and ending the uncertainties through the accord.

He also informed that BTC authorities have constituted a three-member committee for overseeing the rehabilitation of the surrendered NDFB militants and employed five advocates for speedy resolution of pending cases against the militants.
The GOC of the 4 Corps Lt. Gen Shantanu Dayal was also present on the occasion and as he is leaving the state, the chief minister bade him farewell at the function. (PTI)