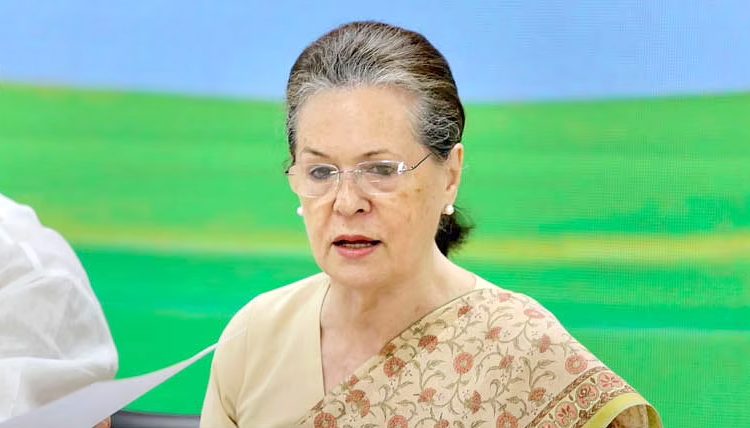 New Delhi, December 9: Congress president Sonia Gandhi turned 74 on Wednesday and preferred to spend time with her family in view of the COVID-19 situation and the farmers agitation.
Political leaders cutting across party lines wished her. Gandhi had returned three days ago from Goa, where she had stayed for a few days to avoid the pollution in Delhi, after the advice of doctors.
She had said she won’t celebrate her birthday but spent time with her family members at her 10 Janpath residence here. She did not meet people but received birthday wishes over telephone from a host of Congress and other leaders.
Prime Minister Narendra Modi was among the first to send her birthday wishes on Twitter.
“Birthday greetings to Smt. Sonia Gandhi Ji. May God bless her with a long and healthy life,” he tweeted.
Former prime minister Manmohan Singh telephoned and wished her. He also sent her a letter with his birthday wishes to the Congress president.
Chief ministers of West Bengal, Punjab, Rajasthan, Chhattisgarh and Puducherry sent their best wishes on Twitter.
“My best wishes on your birthday Sonia Gandhi Ji. I pray for your long life and happiness,” wrote West Bengal Chief Minister Mamata Banerjee.
“Warm wishes to Sonia Gandhi Ji on her birthday. May God bless you with a long and healthy life,” said Punjab Chief Minister Amarinder Singh.
Wishing Gandhi, Rajasthan Chief Minister Ashok Gehlot hailed her “sacrifice and dedication” in leading the Congress party and the entire country forward.
“She took over as Congress president and took the party forward to power through the path of struggle. Sonia Gandhi’s life is inspiring,” he wrote.
Chhattisgarh Chief Minister Bhupesh Baghel also said Gandhi has been the symbol of sacrifice and dedication.
“… Pray to God to grant her a long long for her to lead the fight to save the ‘Idea of India’,” he said.
Puducherry Chief Minister M V Narayanasamy tweeted, “On the occasion of our Hon’ble Congress President Smt. SoniaGandhi ji’s Birthday, Food Distribution were held at my Residence Puducherry.”
Congress allies also wished Gandhi on her birthday, with DMK chief MK Stalin tweeting, “On behalf of DMK, I extend my birthday wishes to the President of Congress Smt Sonia Gandhi. As Chairperson of UPA,she played a defining role in shaping India into a modern, progressive and secular country. Wish her many more years of public service.”
RJD leader Tejashwi Yadav tweeted, “Wishing a very happy birthday to brave, determinant, confident, respectful and graceful Congress President Smt. Sonia Gandhi Ji. May God bless her happy, healthy and long life.”
Congress chief spokesperson Randeep Surjewala hailed the sacrifice and dignity of Congress president as he sent his best wishes on Twitter.
“Best wishes on the birthday of Smt Sonia Gandhi, a leader who has given personal sacrifices at the alter of national pride and dignity and has offered able leadership while following the path of simplicity and harmony,” he said in a tweet in Hindi.
Karnataka Congress chief DK Shivakumar tweeted, “Wishing a Very Happy Birthday to our Beloved Leader and Congress President Smt. Sonia Gandhi. May God bless her with good health and may she continue to guide and inspire us with her leadership and wisdom.”
Congress whip in Lok Sabha Manickam Tagore said, “The affection she gets from the people of India Flag of India can be seen in one the picture. Join the Millions of Congress workers and millions of women of india I pray for her long and healthy life. “
Congress leader Shashi Tharoor also tweeted, “Smt Sonia Gandhi is not celebrating her birthday today because of the widespread suffering in our nation. Today, I honour her spirit, through which she overcame so many challenges, her compassion and her leadership. Wishing Sonia Gandhi many more years of health, strength and happiness. (PTI)