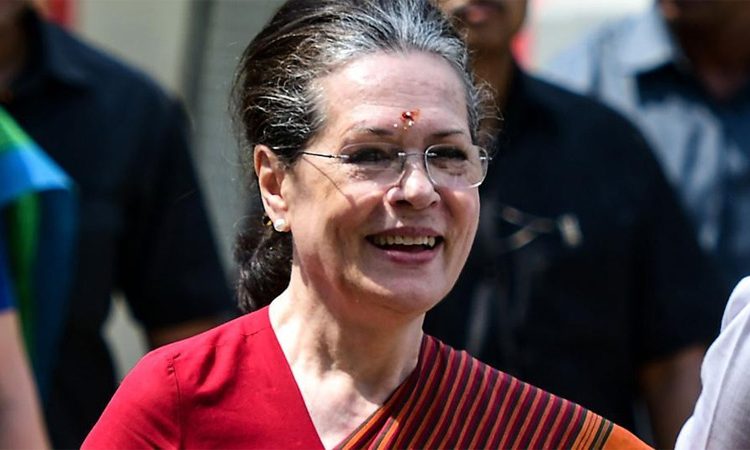 New Delhi, August 10: Sonia Gandhi has been named the new interim president for Congress party. Senior leader Ghulam Nabi Azad said in a single line announcement after day long deliberations held to pick a new party president necessitated by Rahul Gandhi’s resignation from the post in the month of May.
The Congress Working Committee made a last ditch effort on Saturday evening to persuade Rahul Gandhi to continue as the party president, and proposed that if Rahul still doesn’t relent, Sonia Gandhi should be the interim president and oversee elections for the top post.
The CWC – which meeting for the second time on Saturday evening -concluded its discussions close to 11 pm.
The search for a new president was necessitated by Rahul Gandhi’s insistence on stepping from the party’s top post in May. Over the next two months and more, there have been numerous attempts to persuade him but Rahul Gandhi stood his ground, owning responsibility for the party’s humiliating defeat in the national elections.
The party’s 54-member apex body had met earlier on Saturday to decide on a name but went along with Rahul Gandhi’s suggestion to make it a participatory exercise and get the opinions of party leaders from the states as well.
The CWC then formed five zonal groups to consult with state leaders to zero in on a party chief.
Rahul Gandhi and UPA chairperson Sonia Gandhi were initially listed to be part of the consultations with leaders from the western zone and the eastern zone, respectively. They, however, recused themselves, saying it would be a mistake for them to be part of the consultations as it might influence the other participants.
Priyanka Gandhi Vadra was part of the group for the north, Manmohan Singh for the south and Ambika Soni for the northeast.
In many of the five panels that held discussions for a larger part of the day, there were many voices that insisted Rahul Gandhi should continue to lead the party. Two Congress leaders that HT spoke to confirmed that leaders from at least two zonal groups, (north and south) had demanded that Rahul Gandhi retract his resignation.
Senior CWC members, who were part of these discussions, however, put the point across that some of the party’s most-senior leaders had repeatedly approached Rahul Gandhi with this request and he had declined. (Courtesy: HT)