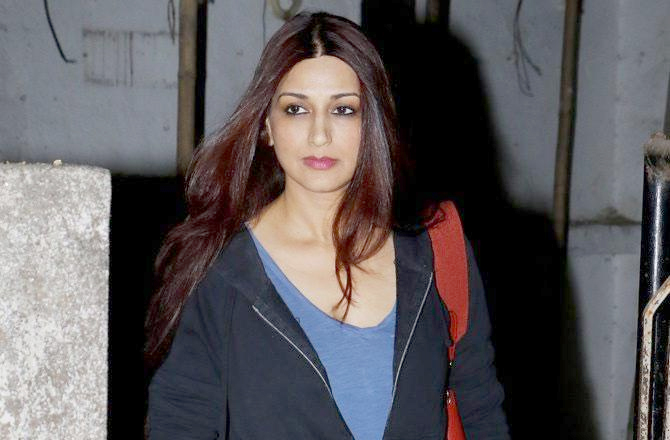 Sonali Bendre has been a fighter and an inspiration for many who are suffering from cancer. From taking treatment sessions with a smiling face to returning back to work, Sonali’s journey has been a long one.
The actor took to her social media accounts to share an emotional post on the same. Sonali posted a photo of herself as well as a video where she is seen entering her vanity van.
Sonali wrote, “Being back on a set after a major sabbatical – one that has been testing in many ways on so many levels – is a surreal feeling. After all this, I sort of feel an additional sense of purpose and meaning and I’m so grateful to be back in action.”
The cancer survivor further wrote, “I don’t think words would do justice to how beautiful it feels to be back at work…to face the camera again and portray the range of emotions required. Given that my emotions have been running high for the last couple of months, it feels good to give into the emotions that the job requires. It’s just the kind of day that helps me #SwitchOnTheSunshine #OneDayAtATime.”
Sonali Bendre, known for movies like Sarfarosh, Hum Saath-Saath Hain and Duplicate, was treated for cancer in a New York hospital. She had revealed on social media in April, 2018 about her diagnosis. She returned to India on December 3, 2018.