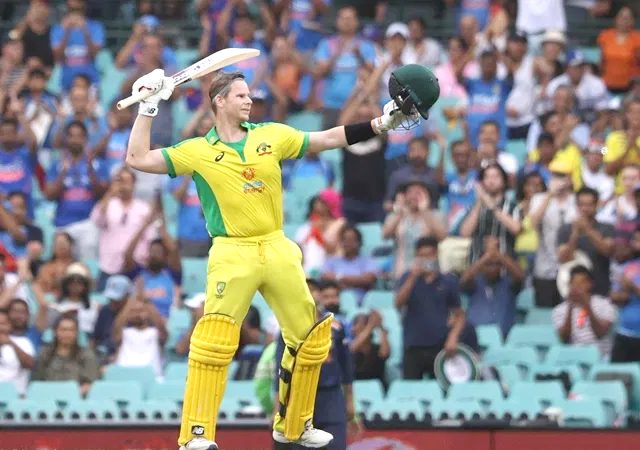 SYDNEY, November 29: Australia buried India under an avalanche of runs for a 51-run drubbing in the second ODI and an unassailable 2-0 series lead after the majestic Steve Smith produced another master-class in the form of a 64-ball 104 here on Sunday.
Batting first, Australia rode on five fifty-plus scores including Smith’s blazing knock, to post an imposing 389 for four against a sluggish India.
This was the Australian run-machine’s fifth century against India in the 50- over format and second on the trot after his ton in the series-opener, which came off 66 deliveries.
A target of 390 proved to be too much for India as they were stopped at 338 for nine, with captain Virat Kohli (89) and KL Rahul (76) finishing as their main contributors in what turned out to be another forgettable outing for the beleaguered visitors.
India started the big chase in earnest with the in-from Shikhar Dhawan (30) and Mayank Agarwal (28) dealing in boundaries from the onset.
If Agarwal found the fence twice in the first over, Dhawan struck Mitchell Starc for three successive fours to get the Indian innings going.
A magnificent cover drive by Agarwal took the visitors past 50 in 6.1 overs.
However, in trying to go for one too many, Dhawan perished.
In came Kohli and as he has mostly done through his illustrious career, the Indian captain played some delightful shots on the way to his 87-ball innings to keep the visitors in with a chance.
During his stay in the middle, Kohli pulled, drove, flicked and cut with plenty of success as India tried to keep the required rate within 9-10 runs per over.
But pacer Josh Hazlewood provided Australia their biggest breakthrough when he had Kohli caught brilliantly by a diving Moises Henriques at midwicket.
That brought Hardik Pandya in the middle and the all-rounder, in the company of KL Rahul, played some big shots. But they were never going to be enough.
Rahul departed after striking five sixes and four boundaries in his 66-ball knock. India completely lost the plot after that.
Australia fast bowler Pat Cummins picked up 3/67 in his 10 overs.
Besides Smith’s 104-run knock, swashbuckling opener David Warnersmashed 83 off 77 while skipper Aaron Finch contributed 60 in a firstwicket stand of 142 in under 23 overs.
The duo of Marnus Labuschagne and Glenn Maxwell continued the onslaught to propel Australia to a humongous score in what was a must-win game for the visitors. Labuschagne made 70 and the big-hitting Maxwell blazed away to 63 off 29 balls with the help of four sixes and as many fours.
Earlier, during his stay in the middle, Smith hit 14 boundaries and two sixes while Warner found the fence seven times and cleared it thrice before missing out on what would have been a well-deserved ton, thanks to a fine direct throw from the deep by Shreyas Iyer.
In his trademark unconventional manner, Smith played shots all round the wicket to torment the Indian bowlers.
To dislodge Smith, India needed Pandya to bowl for the first time since returning from a back surgery more than a year ago, and he did the trick in his third over, luring the imperious Australian to slash one straight into Mohammed Shami.
Before that, Warner got the Australian innings underway with a boundary through the point region off Shami in the first over.
The manner in which he leaned back to place the short and wide fourth delivery on the off side showed Warner’s intent.
Coming off an expensive outing in the series-opener, lead pacer Jasprit Bumrah started with a maiden and generated good pace off a wicket with a decent grass cover. But he soon lost his rhythm as the Australians found theirs after a slow start.
Finch found his first boundary of the day when he comfortably flicked Bumrah over the backward square leg region, even as the bowler clocked 146-147 on the speed gun.
The Young Navdeep Saini was brought on early and Warner welcomed him with a six over the square leg boundary, whacking his short first delivery with aplomb.
Taking full advantage of Saini’s inexperience in these conditions, Warner collected two boundaries off him before giving the same treatment to Shami in the innings’ eighth over, as Australia reached 50 in another solid start for the home team.
Australia maintained the momentum through the innings as the Indian bowlers toiled on a hot, sunny day. (PTI) 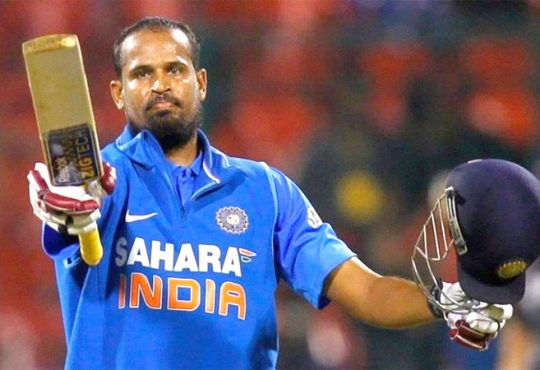 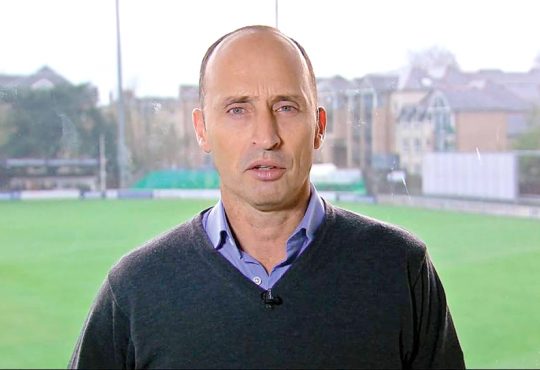 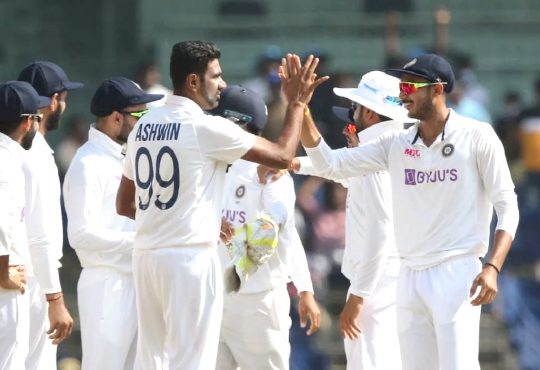