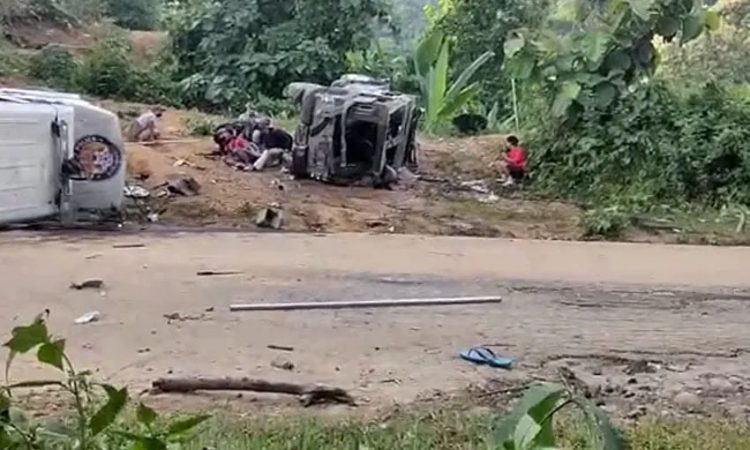 Guwahati, July 29: The situation along the Assam-Mizoram border, which witnessed violence and the death of seven persons earlier this week, was on Thursday “calm and under control , a Cachar district official said.

Central forces were deployed along the interstate border at Lailapur, while state police personnel remained 100 metres inside their respective borders.
A strict vigil is being maintained with people not allowed to move towards the border as it is at present a “conflict zone”, the official said.
The impact of the “economic blockade”, imposed by a few organisations in some places since the violence broke out, has been partial, officials said.
Security has also been tightened for students and Mizos residing in the three districts of Barak Valley.
A delegation of the Assam Jatiya Parishad, led by its President Lurinjyoti Gogoi is scheduled to visit Silchar and meet the injured police personnel, a party spokesperson said.
Meanwhile, Cachar Guardian Minister Ashok Singhal, and Environment and Forest Minister Parimal Suklabaidya visited the injured at Silchar Medical College and Hospital on Wednesday night and handed over cheques of Rs 1 lakh and a box of fruits to 35 injured policemen and two civilians.
Five policemen and a civilian were killed, and 50 others were injured in an attack allegedly by Mizoram Police personnel and civilians from across the border on Monday, while another policeman succumbed to his injuries on Tuesday.

Tension along the border with Mizoram in Cachar and Hailakandi districts of Assam have been escalating since October 2020 with frequent incidents of burning of houses and encroachment of land.
The two states share a 164.6-km border between Assam’s Cachar, Hailakandi and Karimganj districts, and Mizoram’s Kolasib, Mamit and Aizawl. (PTI)