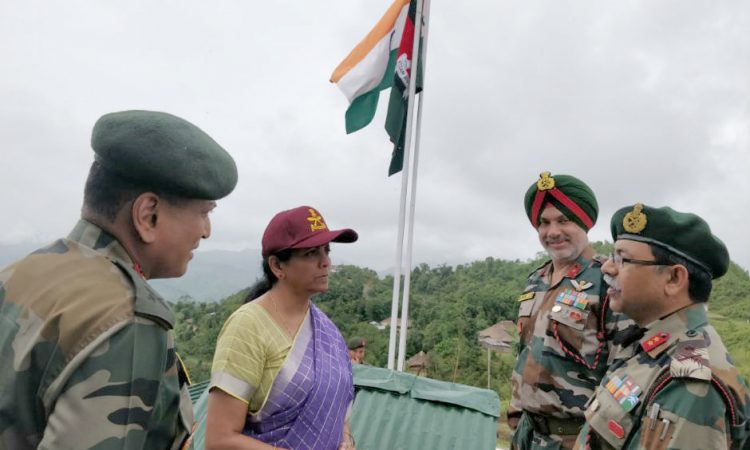 Kohima, May 30: Defence Minister Nirmala Sitharaman today reviewed the security situation at forward posts of the Assam Rifles, along the India-Myanmar border, in Mon district of Nagaland.
Sitharaman, who arrived in Nagaland yesterday on a two-day visit, also interacted with the commanders operating on the ground, a release issued by the PRO, Defence said.
Accompanied by Lieutenant General Gopal R, the general officer commanding of the Army’s Spear Corps, she assessed the border management operations at the forward posts, it said.
The Spear Corps is headquartered in Rangapahar, Dimapur.
The commanders briefed her about the prevalent conditions under which the Army units function along the international border, the release said.
The minister, after a comprehensive assessment of the forward posts, expressed “immense satisfaction” over the “high standards of professionalism and dedication” displayed by the units, it said.
Sitharaman also met state government functionaries, representatives of other security agencies and local community leaders during her visit to the district, it said.
She thanked them for their cooperation in maintaining security in the area, it added.
Yesterday, the defence minister had visited the Spear Corps Zone in Dimapur, where officers briefed her about the counter-terrorist operations.
Defence sources said Sitharaman was unable to visit other international border areas in Nagaland owing to inclement weather conditions. (PTI)