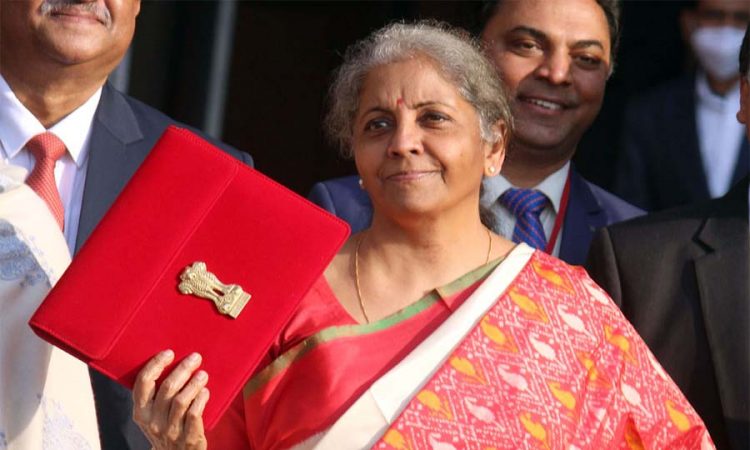 New Delhi, February 1: Finance Minister Nirmala Sitharaman on Monday proposed more than doubling of healthcare spending while imposing a new agri cess on certain imported goods and raising customs duty on items ranging from cotton to electronics in a bid to pull the economy out of the trough.

In her Budget for the fiscal year beginning April 1, she restricted tax-free interest on retirement fund to Rs 2.5 lakh annually but gave tax exemption on Leave Travel Concession subject to incurring of specified expenditure.
A new Agriculture Infrastructure and Development Cess will be imposed from Tuesday on customs duty levied on bullion, alcoholic beverages, coal and agri products ranging from apple to lentil.
But to reduce the burden on consumer, customs or import duty on these items was cut.
A cess of Rs 2.5 per litre on petrol and Rs 4 per litre on diesel was also slapped but this was offset by a reduction of an equivalent amount in the excise duty – making it price neutral for consumers.
Also, a tax deducted at source (TDS) of 0.1 per cent will be levied on purchase of goods exceeding Rs 50 lakh in a year. The responsibility of deduction shall lie only on the persons whose turnover exceeds Rs 10 crore.
In a relief to senior citizens, those above 75 years of age with only pension and interest income would no longer have to file income tax returns.
In order to incentivise the purchase of affordable house, the finance minister proposed to extend the period for claiming an additional deduction for the interest of Rs 1.5 lakh paid for home loans by one year to March 31, 2022.
To remove hardship faced by NRIs in respect of their income accrued on foreign retirement benefits account due to mismatch in taxation, new rules for alignment will be notified.
Foreign direct investment (FDI) limit in insurance was proposed to be raised to 74% from the current 49%.
In order to provide relief to taxpayers, advance-tax liability on dividend income shall arise only after the declaration/payment of dividend.
The dividend paid to Real Estate Infrastructure Trusts or Infrastructure Investment Trusts (REIT/InvIT) shall be exempt from TDS.
Tax holiday for start-ups has also been extended by one year to March 31, 2022.
The time-limit for re-opening of income tax assessment has been reduced to 3 years from the current 6 years. Re-opening up to 10 years is proposed to be allowed only if there is evidence of undisclosed income of Rs 50 lakh or more for a year.
In her budget speech in the Lok Sabha, Sitharaman projected a fiscal deficit of 6.8% of gross domestic product for the next 2021-22 fiscal. The current year was expected to end with a deficit of 9.5% as against a target of 3.5%.
With about 1 per cent spending of GDP on health, she proposed raising of the spending to Rs 2.2 lakh crore to help improve health systems as well as fund vaccination drive against coronavirus.
By the end of the current fiscal on March 31, the government would spend Rs 94,452 crore.
“The investment on health infrastructure in this budget has increased substantially,” she said.
Customs duty on cotton, silk, maize bran, certain gems and jewellery, specified auto parts, screws and nuts was hiked.
To promote value addition in the electronics sector, the same for printed circuit board assembly, wires and cables, solar inverters and solar lamps were also raised.
The import duty on naphtha, iron and steel melting scrap, aircraft components, gold and silver was reduced.

She also allocated Rs 20,000 crore to recapitalise state-run banks that are saddled with bad loans and have been a drag on growth.
The revenue target from privatisation of PSUs was put at Rs 1.75 lakh crore with a planned initial public offering (IPO) of Life Insurance Corporation (LIC) among the state-run companies that will be sold in the next fiscal. (PTI)