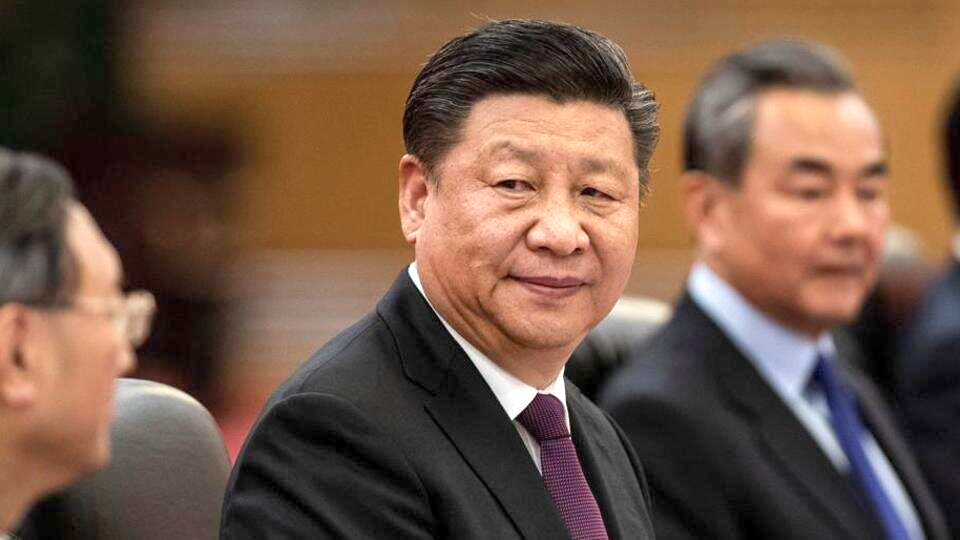 Chinese President Xi Jinping was addressing the country’s top leadership at a two-day forum on future governance in Tibet in Beijing, which concluded on Saturday. (REUTERS PHOTO.)

Beijing, August 29: It is important to promote the “sinicisation” of Tibetan Buddhism and build an “impregnable fortress” to maintain stability in Tibet, President Xi Jinping said on Saturday.
Xi added it was necessary to strengthen border defence and frontier security of the Tibet Autonomous Region (TAR), which borders India and Bhutan, adding it was necessary to educate Tibetans to strengthen the struggle against separatism.
The Chinese President was addressing the country’s top leadership at a two-day forum on future governance in Tibet in Beijing, which concluded on Saturday.
Beijing seized control over Tibet in 1950, in what is described in the Chinese narrative as a “peaceful liberation”, which aided the high-altitude Himalayan region to throw off its “feudalist” past.
Exiled Tibetan groups, led by exiled spiritual leader the Dalai Lama, and rights groups say Beijing’s rule amounts to “cultural genocide”.
Political and ideological education needed to be strengthened in Tibet’s schools in order to “plant the seeds of loving China in the depths of the hearts of every youth”, Xi said in remarks published by state news agency Xinhua.
Xi was quoted as calling for efforts to ensure national security and enduring peace and stability, steadily improve people’s lives, maintain a good environment, solidify border defence and ensure frontier security.
“It is necessary to strengthen the education and guidance of the masses, extensively mobilise the masses to participate in the struggle against separatism, and form a copper wall and iron wall (which translates as ‘impregnable fortress” in Mandarin) for maintaining stability,” he said.
“Efforts must be made to build a new modern socialist Tibet that is united, prosperous, culturally advanced, harmonious and beautiful,” Xi said.
“It is necessary to actively guide Tibetan Buddhism to adapt to the socialist society and promote the Sinicisation of Tibetan Buddhism,” he said.
Sinicisation of religion could be broadly defined as an effort to mould religious beliefs and doctrine to bring them in line with the Communist Party of China’s principles and objectives, and with the culture of the majority Han community. Xi in 2015 spoke about sinicising the five major religions practised in China: Catholicism, Protestantism, Islam, Buddhism and Daoism.
In 2019, Chinese state media announced that China had drawn up an outline to sinicise Islam by 2022 in an effort to redefine the practise of the religion and align the beliefs of Muslims with the CPC.
China’s policies towards Tibet have come under the spotlight again this year amid Beijing’s deteriorating ties with Washington.
In July, US Secretary of State Mike Pompeo said the US would restrict visas for some Chinese officials involved in blocking diplomatic access to Tibet and engaging in “human rights abuses”, adding that Washington supported “meaningful autonomy” for Tibet.
In a retaliatory move, China said it would impose visa restrictions on US citizens who have engaged in what it called “egregious” behaviour over Tibet. (Courtesy: HT)