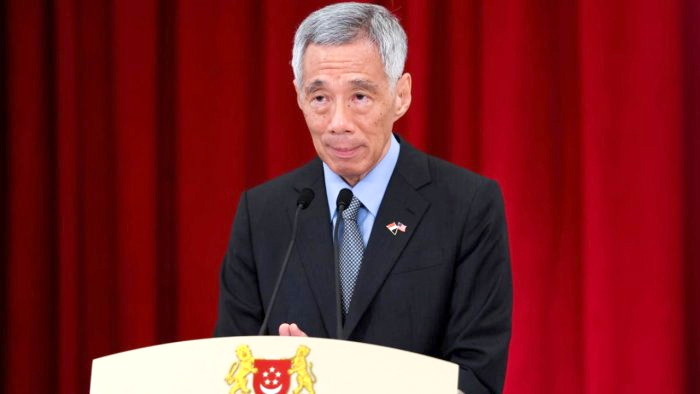 Singapore, September 15: Singapore Prime Minister Lee Hsien Loong on Wednesday said that he was glad that MPs took a firm and unequivocal stance against racism and xenophobia in Parliament, asserting that the city state must remain open and welcoming to foreigners.

His remarks came after Singapore’s Parliament, where the ruling People’s Action Party (PAP) has an absolute majority, passed a motion on securing Singaporeans’ jobs and livelihoods.
Lee, in a social media post, said that the Members of Parliament “firmly rejected attempts to use Singaporeans’ fears and anxieties to divide and weaken us”.
Singapore must remain open and welcoming to foreigners, he said, adding that it “bodes well” for Singapore’s future.
Early on Wednesday morning, Parliament passed a motion by Finance Minister Lawrence Wong on securing Singaporeans’ jobs and livelihoods, after a 10-hour debate that started on Tuesday afternoon and carried on past midnight.
Parliament also rejected a competing motion by the Opposition, who called on the government to “take urgent and concrete action to address widespread anxiety among Singaporeans on jobs and livelihoods caused by the foreign talent policy”.
Lee said that the 10-hour debate in Parliament was important.
“At stake were not just our policies on foreigners, but the values of our society, and our confidence and resolve to face an uncertain world, and chart our way forward together.
“Foreigners who live and work here contribute to our economy and society. They are very much a part of our local community,” the Channel News Asia quoted the Prime Minister from the Facebook post.
After the debate on foreign labour, a motion on securing Singaporeans’ jobs was passed in Parliament.
“Our policies on foreign workers have created many jobs and opportunities. Still, Singaporeans are anxious and concerned about competition from the foreigners working here. We are addressing these concerns and the problems caused by having a large foreign population in our midst.

“If we turn inwards and become hostile to them, it would ruin us as a global hub and cost us investments and jobs,” Lee added. (PTI)