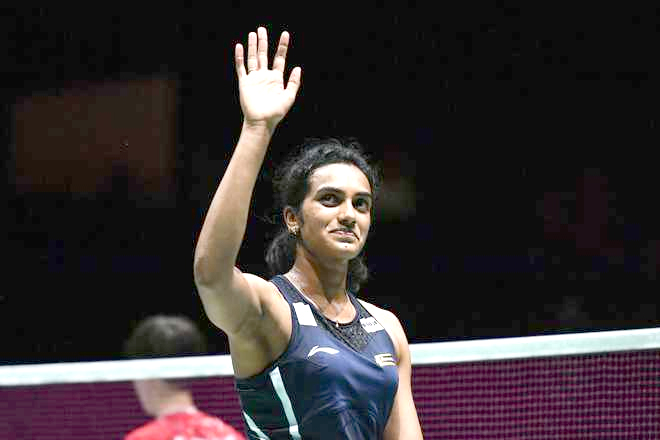 NEW DELHI, December 30: Olympic silver medallist PV Sindhu has been handed relatively an easy draw but tough outings await Saina Nehwal as the Indian duo returns to international competition in Thailand, nearly 10 months after COVID-19 pandemic halted all tournaments globally.
Sindhu and Saina didn’t participate in Denmark Open Super 750 and SaarLorLux Super 100 — the only two events which could be conducted since BWF was forced to suspend the calendar after the completion of the All England Championships in March.
Now all eyes are on the two Super 1000 events — Yonex Thailand Open (January 12-17) and Toyota Thailand Open (January 19-24) as the world’s best returns to action following a prolonged break.

World champion Sindhu, seeded sixth, will open against Denmark’s Mia Blichfeldt, while Saina, who has recently recovered from COVID-19, will face formidable Japanese Nozomi Okuhara, seeded third, in the first round.
In the next tournament, Sindhu, who has qualified for the Tokyo Olympics and has been training in London for the last two months, will meet Thailand’s Busanan Ongbamrungphan in the opening round, while London Olympics bronze medallist Saina will square off against another Thai star player Ratchanok Inthanon, seeded fourth.
The 25-year-old Sindhu has been seeded sixth in both the tournaments, according to the draws announced by the Badminton World Federation (BWF) on Tuesday.
In the men’s singles, a total of seven Indians, including former world No. 1 Kidambi Srikanth, Olympic-bound B Sai Praneeth and young Lakshya Sen, will be participating in both the events.
Srikanth, who had reached the quarterfinals at Denmark Open in October, will cross swords with fellow Indian Sourabh Verma in the opening round in the first Thailand event while Lakshya, who lost in the second round at Odense, will be up against Denmark’s Rasmus Gemke.
Praneeth will fight it out against local player Kantaphon Wangcharoen.
HS Prannoy will take on eight seed Lee Zii Jia of Malaysia, former Commonwealth Games champion Parupalli Kashyap meets Japan’s Kenta Nishimoto while Sameer Verma faces Indonesia’s Shesar Hiren Rhustavito.
Srikanth will square up against local player Sitthikom Thammasin in the second event and Praneeth will take on Malaysia’s Daren Liew in relatively easier draws but Lakshya faces an uphill task against second seed Chou Tien Chen of Chinese Taipei.
Among others, Kashyap will face Gemke, Prannoy will face off sixth seed and Asian Games champion Jonatan Christie of Indonesia, while Verma brothers — Sameer and Sourabh will meet eight seed Zii Jia and fifth seed Anthony Sinisuka Ginting of Indonesia respectively.
Indian men’s pairing of Satwiksairaj Rankireddy and Chirag Shetty, who have also qualified for the Tokyo Games, will face Korean combination of Kim Gi Jung and Lee Yong Dae in the first event, while it will be an all-Indian duel in the second tournament with the world no 10 pair taking on Manu Attri and B Sumeeth Reddy.
Thailand has been dealing with pro-democracy protest movements and has recently seen a spike in COVID-19 cases as well.
However, BWF said “The YONEX Thailand Open and TOYOTA Thailand Open, plus the season ending HSBC BWF World Tour Finals will go ahead as planned, with the world’s best badminton players to ascend to Bangkok, Thailand.”
Chinese players will, however, miss the two events.
“Chinese Badminton Association (CBA) has also confirmed the withdrawal of its team from both tournaments,” The world governing body said in a statement. (PTI)