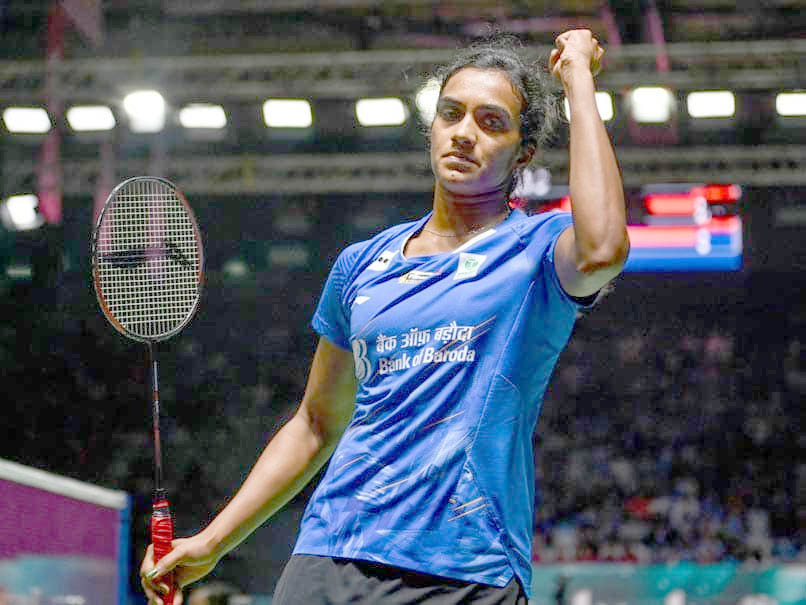 Jakarta, July 19: Top Indian shuttler P V Sindhu stormed into the semifinals of the Indonesia Open after beating Japan’s Nozomi Okuhara in straight games in the women’s singles event here on Friday.
Olympic silver medallist Sindhu, seeded fifth, hardly had to break a sweat as she posted a comfortable 21-14 21-7 win over the third seeded Japanese shuttler in just 44 minutes.
The Indian will face second seeded Chen Yu Fei of China in the last-four clash of the BWF World Tour Super 1000 tournament.
Sindhu, also a multiple-time World Championship medallist, dominated the proceedings from the start to finish. She took little time to get into the groove and once she broke away from tied 6-6, there was no looking back for the shuttler from Hyderabad.
Sindhu reeled off four consecutive points to move ahead 10-6 and although Okuhara managed to earn a couple of points, the Indian went into the break at 11-8.
After the interval, Sindhu simply tightened the noose and kept widening the gap to take the first game 21-14.
The second game turned out to be a one-sided affair as Sindhu ran away with the game with hardly any resistance from the higher seeded opponent. (PTI)

Need to force myself to the limit when I play against Saina and Sindhu: Carolina Marin

Govt leaves up to states to decide ‘independently’ about resuming sports

Four games a day confirmed for 2022 World Cup in Qatar

PM to address High-Level Segment of UN ECOSOC on today

3 BJP legislators comes out against State president Imna Along

CM goes into self-quarantine on return from Delhi