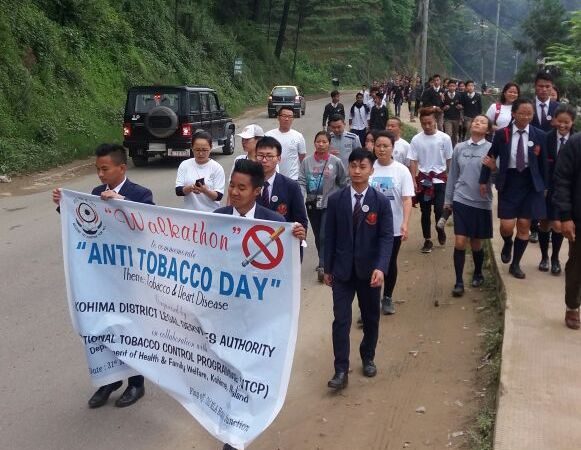 Kohima, May 31: Statistically, there has been significant decrease in overall tobacco use in Nagaland, said District Nodal Officer, NTCP Kohima Dr. Arenla Walling.
Speaking at the World No Tobacco Day 2018 here on the theme “Tobacco and heart diseases,” she said according to the recent study conducted by Global Adult Tobacco Survey (GATS) fact sheet for Nagaland state, Nagaland’s status from being the second highest consumer of tobacco (56.8%) in the country has significantly improved and moved down to seventh rank (43.3%) in North East India and eight position in the country.
Some positive changes in Nagaland indicated the current smoking & change from 31.5% to 13.2% and current smokeless tobacco use and change from 45.37 % to 39%.
Nagaland has the highest use of pan masala with tobacco at 21%, indicating 24% men and female at 18%.
Referring to World No Tobacco Day activities in Kohima today, she said Kohima Deputy Commissioner who is also the Chairman of District Level Coordination Committee (DLCC) has issued a notification, banning sale of tobacco products today in Kohima to mark the observation of Day. 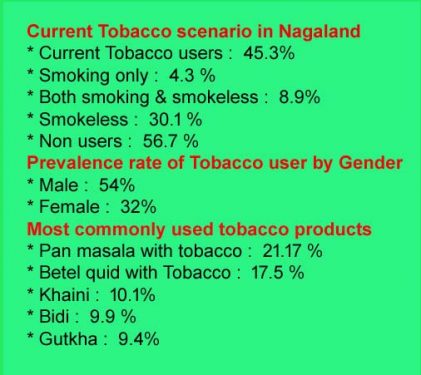