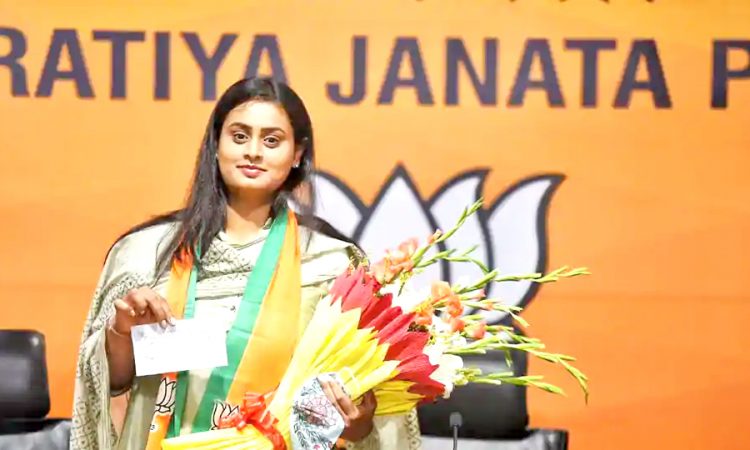 New Delhi, October 4: Shooter Shreyasi Singh, daughter of former union minister late Digvijay Singh, joined the Bharatiya Janata Party (BJP) in presence of party leader Bhupendra Yadav at BJP headquarters in New Delhi on Sunday.
Singh, gold medallist at the 2018 Commonwealth Games in Gold Coast, Australia and a silver medallist at the 2014 Commonwealth Games in Glasgow, Scotland, is expected to be the party’s candidate either from Amarpur (Banka) or Jamui, depending on the seat sharing with alliance partners.
Lok Janshakti Party (LJP) national president Chirag Paswan represents the Jamui parliamentary constituency currently.
Singh was part of the Indian team at the 2013 Trap Shooting World Cup held in Acapulco in Mexico. Her late father was president of the National Rifle Association of India. She hails from Jamui district of Bihar and this is her first step into politics.
Her late father, however, served as the Union deputy minister for ministry of finance and the ministry of external affairs. In 1998, he became the Union minister of state, ministry of railways, in the Atal Bihari Vajpayee-led NDA government. He went on to serve as the minister of state in the ministries of commerce and industry, railways and external affairs.
Putul Kumari, Shreyasi Singh’s mother, is a former MP from Banka. (Courtesy: HT)